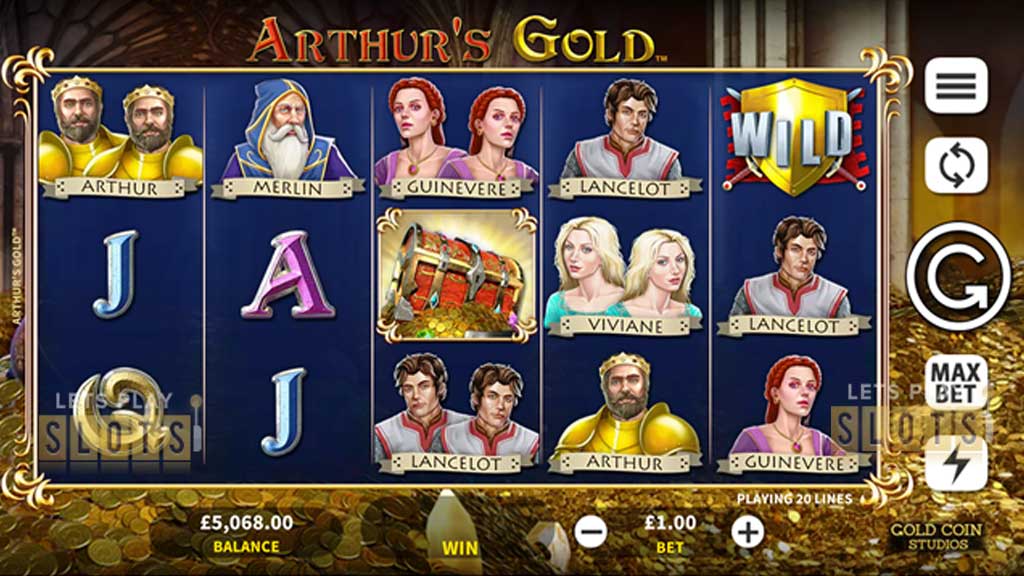 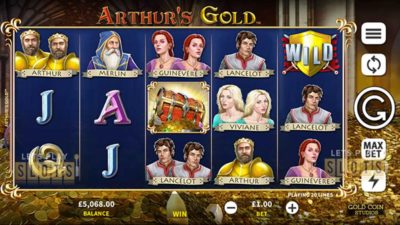 King Arthur is one of the most recognizable names in history. His legend and exploits have had writers and poets speaking about him for years. Gold Coin Studios has come out with a new slot titled “Arthur’s Gold” where players will be in his employ as they seek to make a name for themselves.

Arthur’s Gold was made in partnership with Microgaming. This means that it will likely end up in many Microgaming casinos. This is a good thing since the increased exposure will only lead to better games in the future. Great art dominates the game as players walk through the halls of Camelot. The background by itself presents the vault of gold that everyone is looking for.

Players will be playing on five reels and three rows. There are 20 paylines to work with and the Microgaming RTP is at a decent 96.19 percent. The symbols in this game are the usual mix of card royals and thematic symbols. For this game, the theme is Arthurian characters so players can expect to see everyone from Merlin to Guinevere herself. Players can also get doubles of a special character so it is easier to increase wins. There are also some special symbols to spice things up.

Players have a chance to bet a minimum of one cent on each payline to a maximum of $2.50. This is not exactly a high rolling game. For those who want to win big, Arthur will show up and players will only have to score him. He presents players with 125x their stake if they get five doubles of him.

The game has some special features. For one, there are doubled-up character symbols. This increases their character count so players can have a higher win value. Now players need three to ten character symbols for a win.

The game also has the Wild and Scatter symbols. The Wild makes it easier to win but can also be very valuable. This is because it always counts as a double and if players get five of it, then they get 500x their total stake.

The Scatter is a treasure chest and they can potentially give players extra spins. Players will get 10 extra spins and a special reward whenever three are scored. Additionally, players will have expanding and sticky wilds available during the free spins.

Overall, Gold Coin Studios has done a great job with this new slot, do give it a few spins!

Hurray! There is a competition going between users of our site!
You have to do nothing, but browse out site, and win a daily prize. Click here to read more.
You current ranking:
Time Left: 3h 26m 30s