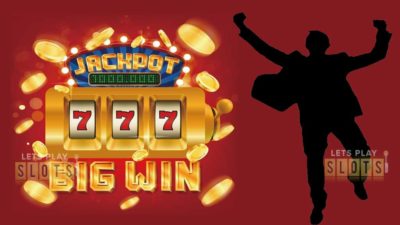 Online slots are by far the most popular games at online casinos.

Players often give them a spin or two to keep themselves busy while they wait for their main games in the online blackjack or poker tables to start.

Online slot games are popular because they are easy to play, require very low wagers and are based completely on luck.

They are also popular because many online slots give players a crack at hitting the jackpot. We take a look at some of the biggest online slot jackpot wins in 2019.

One of the most popular online slot jackpot games is NetEnt’s “Mega Fortune“. On September 19, a British player struck gold when he hit the jackpot and ended up winning $3.65 million.

While there are bigger jackpots that have been won via the lottery in 2019, this slot jackpot won is a massive payout considering that most slots require less than a dollar to activate a spin. The UK player who won the Mega Fortune jackpot decided to keep his identity secret.

Another big winner last year was a 65-year-old Scandinavian woman. She was playing “Mega Fortune Dreams” in March 2019 when she hit the jackpot and won an equivalent of $4.92 million. The great thing about this win was that she only staked $4.53.

After a few spins on the progressive slot, she scored a bonus game combination and got the Wheel of Fortune. Players need to time the wheel right to keep on progressing to the next level of difficulty. The player got through all of them and won the jackpot.

He was playing “Mars Attacks” on his mobile phone to kill some time. He ended up hitting the jackpot. He didn’t learn how much he won until he reached home since he turned the phone off when his jackpot display went past the million-dollar mark. He plans to help out his family with the money.

One of the biggest slot game jackpot winners from 2019 was an unknown Canadian player who won on May 4. The player won $6.07 million when they hit the “Mega Moolah” jackpot. They also decided to keep their identity a secret.

The biggest slot win recorded in 2019 also came in the form of a Mega Moolah jackpot when an anonymous player won $15.12 million in Jan 2019.

Hurray! There is a competition going between users of our site!
You have to do nothing, but browse out site, and win a daily prize. Click here to read more.
You current ranking:
Time Left: 5h 0m 56s