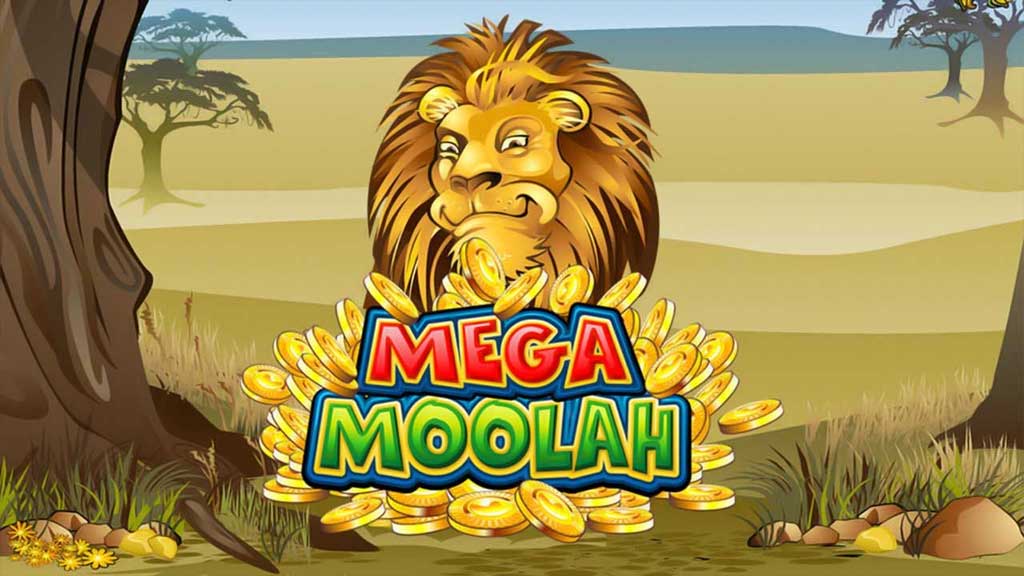 In a sea of progressive jackpot slots, Mega Moolah running on the Microgaming software is definitely one of the most well-known games of this type. In fact, it is quite possibly one of the most popular games in the industry. This is not surprising considering the fact that the game is packed with a gigantic […]

In a sea of progressive jackpot slots, Mega Moolah running on the Microgaming software is definitely one of the most well-known games of this type. In fact, it is quite possibly one of the most popular games in the industry. This is not surprising considering the fact that the game is packed with a gigantic progressive jackpot which goes along the game’s amazing winning opportunities.

Those players who enjoy animal-themed games will most certainly enjoy spinning the reels on the Mega Moolah. This is an amazing, animal-themed, visually stunning slot. It boasts 5 reels and 25 paylines with neatly crafted symbols. As players hop on their Mega Moolah journey, they get to explore dense jungles in search of their riches which are most certainly hidden there. 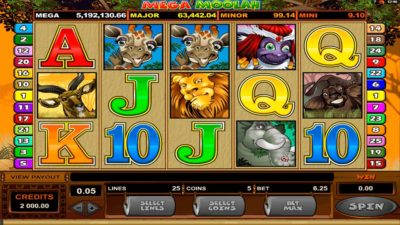 The game is definitely suitable for both online slots veterans as well as for those less-experienced players. In order to hop on this remarkable wildlife journey, players need to invest from 0.01 to 0.05 per line. This means players can wager maximum 125 coins per every spin of the reels. The theme of the game is all about an interesting, cartoony jungle offering definitely a truly memorable both online and mobile gaming experience.

Mega Moolah is one of those highly entertaining, vibrant games promising plenty of fun and excitement throughout the entire gameplay. As already mentioned, the game’s background depicts some lush green tropical jungle. When it comes to the game’s symbols depicted, players will come across various jungle-related symbols such as zebras, giraffes, lions, and elephants. In addition to these symbols, there are also standard playing cards serving as the game’s lower-valued symbols.

These animals depicted in the game are full of personality and character while the game’s bright orange background make you feel as you are somewhere in the desert on your safari journey watching the sunset. In order to round the game’s aesthetics, the game’s developer also added an interesting tribal soundtrack which definitely adds to the overall theme of the game.

Not One, but Four Progressive Jackpots

The game is definitely one of the best, neatly rendered Microgaming releases. Players definitely enjoy its graphics and aesthetics, but the main attraction of the game is its progressive jackpot. It features not one, but even four progressive jackpots which bring life-changing sums. The game is packed with a Wild symbol represented by the Lion. These symbols are important as they have a power of replacing for regular symbols on the reels.

This means once landed on the reels, they can help players score more winning combinations. Moreover, those winning combinations containing Wild symbols are double which brings more money. Another highly important Mega Moolah symbol is its Scatter represented by the Monkey symbol. Landing three or more of these symbols in any position on the reels triggers the game’s Free Spins mode. Once players get here, they are immediately awarded 15 Free Spins.

Moreover, all winnings scored during this Free Spins mode are tripled. Now, we get to the game’s progressive jackpot. This is what attracts players for sure. Just like many other progressive jackpots, the game’s is also triggered randomly during the gameplay. It should be noted that the higher stakes mean the bigger chances of winning. As already mentioned, there are four distinct progressive jackpots including mega, Major, Minor and Mini.

Those players who get lucky enough and trigger the Mega Moolah jackpot game, need to spin a massive colored wheel and reveal their jackpot prize. The biggest win comes with the Mega Jackpot. When it comes to the game’s regular payouts, the best prizes come with the game’s image symbols. For instance, landing five of those Lion symbols brings 15.000 coins. Moreover, these Lion symbols serve as the game’s multiplier. This means that Lion winning combinations double your prize.

Thanks to its remarkable graphical solution, an awesome design and of course lucrative prizes, Mega Moolah is definitely worth a spin or two. In addition to offering generous prizes, the game also offers players an amazing opportunity to claim not one, but four progressive jackpots. In addition to jackpot prizes, the game’s consolidation prizes also come as very lucrative, so at the end, everyone is a winner in some way.

In a sea of progressive jackpot slots, Mega Moolah running on the Microgaming software is definitely one of the most well-known games of this type. In fact, it is quite possibly one of the most popular games in the industry. This is not surprising considering the fact that the game is packed with a gigantic […]

Hurray! There is a competition going between users of our site!
You have to do nothing, but browse out site, and win a daily prize. Click here to read more.
You current ranking:
Time Left: 17h 19m 19s