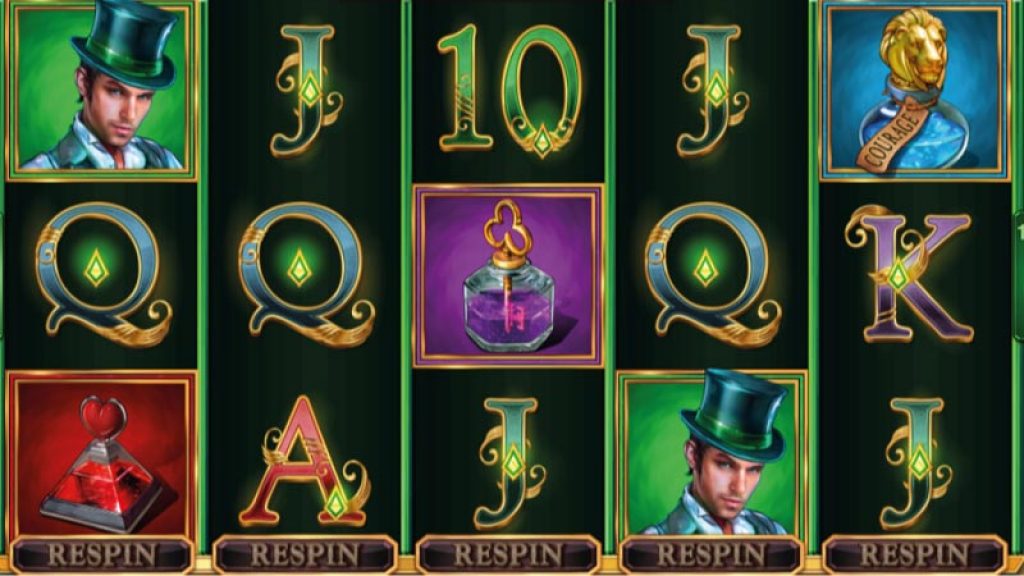 Book of Oz is a Triple Edge Studios game released by Microgaming in late 2018, and it’s a game in which you can selectively re-spin any of the five reels unlimited number of times.

Best Casinos to Play Book of Oz for Real Money : 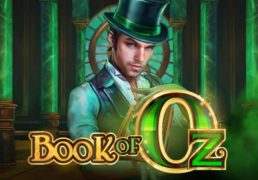 Book of Oz has a theoretical return to player (RTP) of 96.31%, but that’s a number that’s probably true when random spins are counted, and with player choices the RTP can rise or drop according to the quality of the player’s decisions. I have played the game for a few hours and have managed to consistently make a profit, so I think this is a game that can be beaten. Let’s go through this in more detail.

The game is played on a standard 5×3 board with 10 fixed paylines, and you’d be advised to learn where each of the 10 paylines is on the board, so you can complete the missing piece of the winning payline by re-spinning a certain reel. Bets can range from $0.10 to $25. Graphics are good enough, and everything is just simple enough so you can immediately notice which symbol you need in order to complete your winning payline. Everything is done in high resolution and the game looks great on mobile and desktop devices. 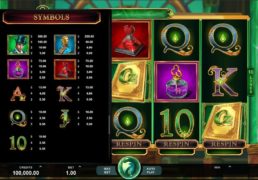 The main thing about this game is the availability of the selective re-spin, and you can re-spin any of the five reels. The cost of the re-spin will depend on the situation on the board, and it can be something insignificant such as 0.01x of your chosen bet, or it can go upwards of 20x your bet if the situation on the reels indicates that you can win big if that reel aligns properly. Bear this in mind when choosing your main bet, as with a $10 bet per spin, the individual re-spin may cost up to $200 if the situation is very promising. There is definitely a correct strategy that can be learned and applied, and it probably involves re-spinning the $0.01 reels until you land something significant, re-spinning the reels on the right first, and then finally aligning reel 1. Money can be made with these re-spins if they’re used properly. 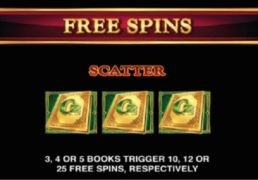 Apart from purchasing re-spins, there’s another bonus feature, and it’s the one that’s most common in slot games – the free spins feature. You need to land three Scatters to trigger the free spins, and you can also purchase re-spins to help you trigger the feature. For three, four or five Scatters you’ll get 10, 12 or 25 free spins respectively. Before the feature begins, one symbol will be randomly chosen as the special symbol which will expand to fill the entire reel whenever it lands on the board. Free spins can be re-triggered. During the free spins game, the re-spins game mechanics is absent, so this is the only time in this game where your only choice is to spin the reels freely.

Book of Oz is a special slot game that should be played by just about everyone, especially those players who want to influence the outcome of the spin with their decisions and who would want to align the reels manually to get that win. The experience is different than playing a normal slot game, so some players won’t like the slow pace and the near absence of luck, while others will jump at this opportunity to manually re-spin the reels. But every player should at least try out Book of Oz as it’s the best game with manual re-spins so far, and see if it’s something that suits your style.

Book of Oz is a Triple Edge Studios game released by Microgaming in late 2018, and it’s a game in which you can selectively re-spin any of the five reels unlimited number of times.

Hurray! There is a competition going between users of our site!
You have to do nothing, but browse out site, and win a daily prize. Click here to read more.
You current ranking:
Time Left: 5h 58m 50s