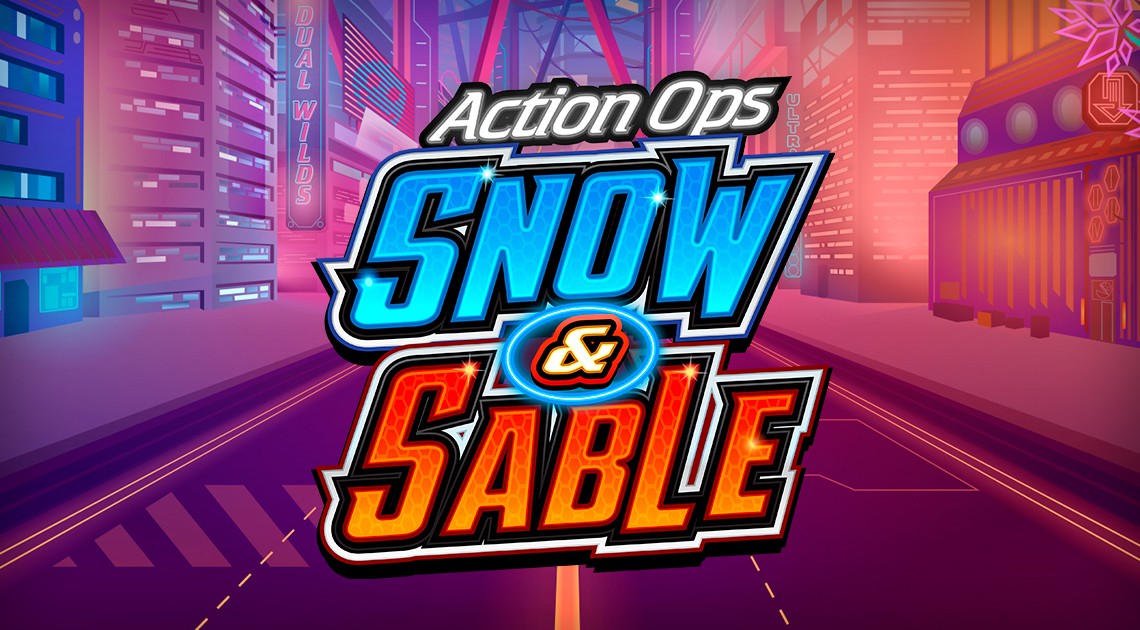 Action Ops: Snow & Sable is a Microgaming slot release from late 2018, and it’s a standard 5×3 slot game with 10 paylines, but it has two Wilds, Snow and Sable, that combine to give you huge wins during the free spins game! 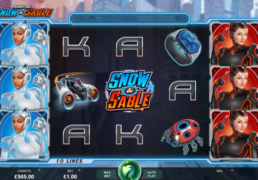 Action Ops: Snow & Sable is a game by Triple Edge Studios that’s released by Microgaming, and it’s a classic Microgaming game that doesn’t do many things different than the template. After playing this game for a while I can say the free spins with two Wild reels are incredibly rewarding, though the rest of the game is a bit uneventful, with wins that are good but not very frequent.

Graphics are excellent, and Snow and Sable seem to be two secret agents in a futuristic setting, with lots of gadgets and tech. The theme works well for this slot game, even if it’s just a simple theme without a story and without immersiveness. The slot game looks good on both desktop and mobile devices due to the quality design. 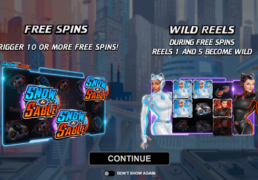 Apart from Snow and Sable, the two Wilds, and the Scatter, there are only eight more symbols in the paytable. Four of them are card symbols, and these will give you your stake back when you land four-of-a-kind, and will give you a 2.50x or a 3x win for five-of-a-kind. It gets better with the four high win symbols as they progressively pay better and better, and their prizes are 6x, 8x, 12x and 25x for five-of-a-kind, respectively. Since there are only 10 paylines in this game it doesn’t pay very often, but when it does your win will amount to something.

Snow and Sable are paying Wilds, with up to a 100x prize when you land five of them, and this is the best thing that can happen in the game. The two Wilds can even combine to bring you a win, but in this case the maximum prize is 50x. 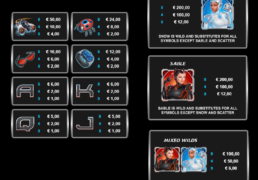 Free spins are triggered in the usual way, by landing Scatters. You’ll get 10, 15 or 20 free spins for three, four or five Scatters respectively. During the free spins, reels 1 and 5 will be Wild, so these free spins have great value and will deliver some big wins as it’s only the central three reels that spin. Free spins can be re-triggered, and even for only two Scatters you’ll get +5 extra free spins. This is one of those slots in which the free spins are very powerful and will bring big wins. Variance is a bit high in the free spins game so you can’t expect to win big every time, and will need to trigger the free spins game several times in order to make it pay. But once it does, it will be a significant win that was worth the wait. You’ll be after those five Wilds that pay 100x, or at least a combination of the two Wilds, which will be worth 50x.

The game has a theoretical return to player (RTP) of 96.03%, which is good enough and in line with modern standards, so many players will want to play this game because of the potential to win big in the free spins game. The game is very simple to play, so that’s another good thing, as you don’t need to think much, you just have to wait for those free spins. It’s the kind of experience many players will enjoy, as this isn’t one of those games that bore you with wins smaller than your bet or with flashy animations after a small win. Whenever something happens in Action Ops it will be important, and the rest of the time you can just quickly move on to the next spin. Also, it’s possible to spin the reels very fast if you use the Turbo feature or the Stop feature. This is a good game for those players who want exactly what this game is offering – simple gameplay and a rewarding free spins feature, all wrapped up in quality graphics.

Action Ops: Snow & Sable is a Microgaming slot release from late 2018, and it’s a standard 5×3 slot game with 10 paylines, but it has two Wilds, Snow and Sable, that combine to give you huge wins during the free spins game!

Hurray! There is a competition going between users of our site!
You have to do nothing, but browse out site, and win a daily prize. Click here to read more.
You current ranking:
Time Left: 1h 30m 36s