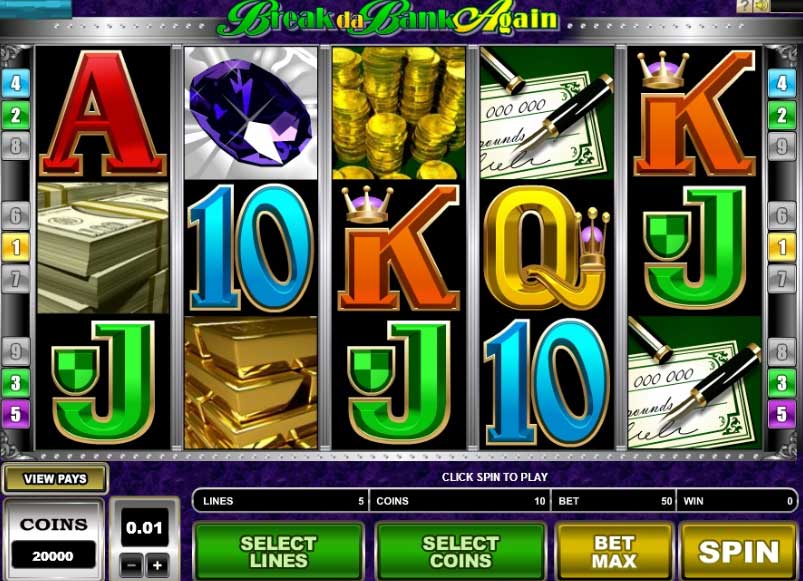 Microgaming as one of the most prominent online casino software developers never fail to surprise us. We have used to seeing their top-notch quality games, and their Break Da Bank Again video slot impresses as well. The game comes packed with 5 reels and 9 paylines featuring an interesting theme of crime and robbery. The […]

Microgaming as one of the most prominent online casino software developers never fail to surprise us. We have used to seeing their top-notch quality games, and their Break Da Bank Again video slot impresses as well. The game comes packed with 5 reels and 9 paylines featuring an interesting theme of crime and robbery. The truth is that the game enjoys a massive popularity among online casino players for a number of reasons. 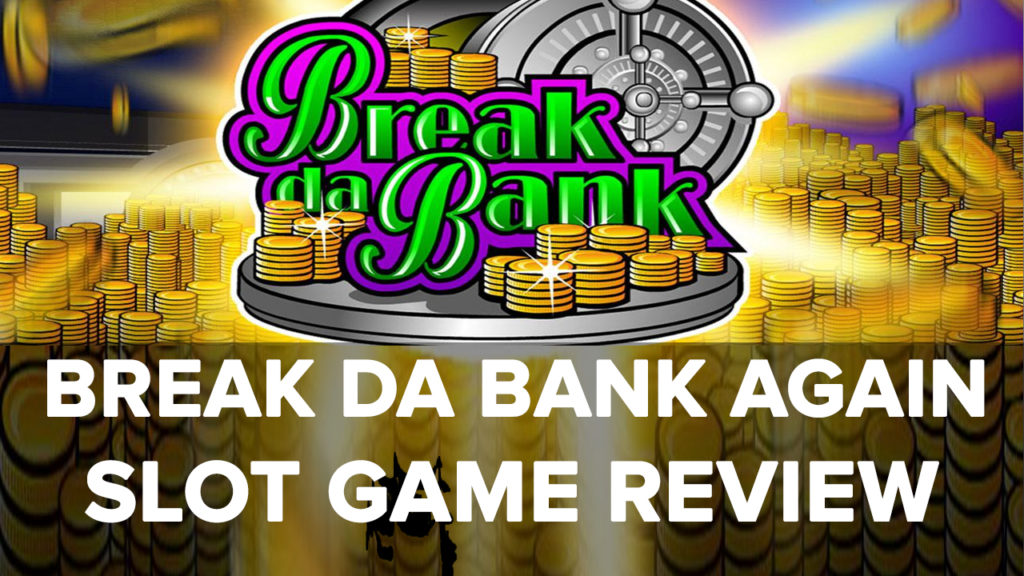 One of the main reasons lies in the game’s volatility as well as its very simple gameplay. Due to these facts, it is both suitable for those seasoned online slots players as well as for beginners. Players also enjoy the fact that the game offers lucrative bonuses which once triggered bring generous payouts and prizes. 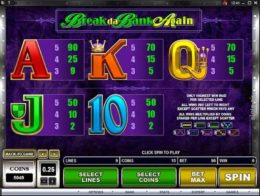 Break Da Bank Again is all about riches and wealth packed with shiny symbols of gold bars, stacks of cash, piles of gold, purple jewels and other. There is also a number of bank-related symbols in addition to standard playing cards which act as the game’s lower-valued symbols. During their gameplay, players will also enjoy the game’s interesting, cartoonish design packed with sharp graphics and stunning visuals offering a truly memorable gaming experience.

Those players who enjoy playing their games while on the go will not be disappointed. There is the Break Da Bank Again Mobile version which runs as smooth as possible across multiple portable devices offering a truly immersive mobile gaming experience. When it comes to the game’s background, it is quite simple featuring iron details which nicely frame the game’s reels.

The game’s developed definitely have learned things about how to keep their online players pleased. In order to make the game more entertaining and relaxing, they added a soothing soundtrack which definitely adds a more relaxing vibe to the overall gameplay. In addition to being neatly crafted, the game also comes packed with a number of bonus features offering great payouts. 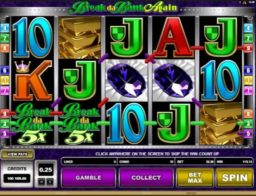 As the game’s name suggests, Break Da Bank Again is a sequel to the amazingly popular Break Da Bank game sharing the same theme as the game’s predecessor. Another thing they are sharing is a great bonus round packed. During their gameplay, players should definitely keep an eye on those Game Logo symbols as they are the game’s Wilds. These symbols, when landed on the reels, can complete players’ winning lines bringing more wins their way.

The game also features a Scatter symbol represented by the Safe Door symbol. Spinning three or more of these symbols on the reels triggers the Break Da Bank Again Free Spins mode. Depending on their number of landed Scatter symbols, players can get 15, 20 or 25 Free Spins. Moreover, during this mode, their winnings are subject to an amazing multiplier of 5x their stake.

Unfortunately, this bonus mode cannot be re-triggered. However, landing additional Scatter symbols during the Free Spins mode brings extra Free Spins. In addition, Wild winning combinations scored during this bonus mode multiply players’ line bets by twenty-five times which equally awesome payouts. In addition to this bonus feature, the game is also packed with a Gamble Mode. It offers players an opportunity to double their winnings.

In order to do so, they need to predict the following card’s color or suit. Predicting the suit right quadruples their winnings.  When it comes 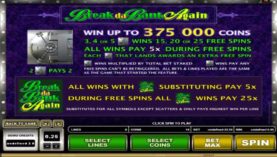 Thanks to its simplicity, an interesting gameplay, and great payouts, Break Da Bank Again just like its predecessor enjoys a great reputation. Those players who like this theme including wealth and riches will definitely enjoy spinning the reels of the game. With its awesome payouts, with Break Da Bank Again everyone is a winner in one way or another.

Microgaming as one of the most prominent online casino software developers never fail to surprise us. We have used to seeing their top-notch quality games, and their Break Da Bank Again video slot impresses as well. The game comes packed with 5 reels and 9 paylines featuring an interesting theme of crime and robbery. The […]

Hurray! There is a competition going between users of our site!
You have to do nothing, but browse out site, and win a daily prize. Click here to read more.
You current ranking:
Time Left: 17h 30m 5s