If you have access to an iPad and you have some spare time then how about signing up to one of our featured mobile casino sites for by doing so not only will you find a massive selection of iPad compatible slot games on offer but you will also be able to pick up some very large bonuses to play those iPad slots with.

There are several different ways that you are going to be able to get stuck into playing a large and varied range of slot games on an iPad, however we will let you into a little secret, instead of downloading the games via an App or one game at a time onto your iPad use your mobile web browsers to visit the website of the mobile casino you are interested in playing at!

For by doing so you can play any slot game you choose without having to download anything onto your iPad and that means you will not be filling its storage space up with slot games!

Most Played and Most Popular iPad Slots

There are no shortages of very high paying and great looking iPad compatible slot games that you can access and play on nay model of iPad, and to give you some ideas of just how diverse the range of slot are we have listed some of the most played ones below have a look through this list then try the games out yourself! 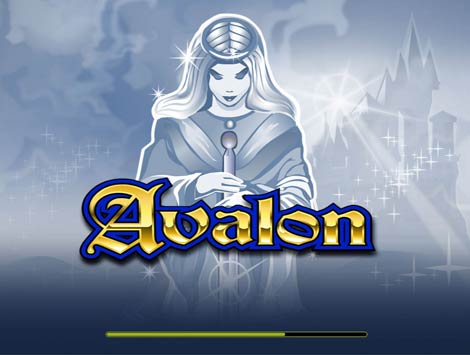 Avalon – This hugely popular video slot is one of the most played slots on the web. This slot is one offering 20 win lines, wild symbols and a massive 3000 coin jackpot. There are also scatter pays and free spins with multiplier. During the free spins bonus round, you’ll also find a special reel set comes into effect, making this bonus round potentially hugely profitable.

Pure Platinum – When the Pure Platinum slot is powered up, the first thing you’ll notice is the stacked wilds. These symbols stand in for all other symbols bar the Scatter and appear regularly, making them hugely valuable. There are 3 free spins rounds, offering 50 free spins at x1, 25 free spins at x2 and 10 free spins at x5. There are also plenty of winning combinations to make, and thanks to the multiplier, a standard 100 coin win can become a massive 500 coin win!

Hundreds if not thousands of virtual casinos now also cater for mobile players by featuring an array of slots accessible via iPad. Due to the massive increase in players preferring to enjoy spinning action via mobile, several operators now run promotions featuring top prizes such as iPads or iPhones.

It is no secret that most mobile slots are created with iOS players in mind, which is the reason why there is an abundance of titles to select from. Selecting the most suited iPad mobile slot for your playing style could be a very long and enjoyable experience, although by knowing which the most popular slots listed according to supplier could make your options easier.

NetEnt Touch is the mobile version of award-winning games by NetEnt, and currently, the three most played games on iPad include Starburst slot often used in no deposit free spins bonuses, the hugely popular branded slot South Park and the life-altering progressive jackpot, Mega Fortune. NetEnt slots have a reputation for offering the highest RTP and is favoured for their exceptionally high reward.

Microgaming was one of the first online slot developers to enter the mobile market and is known as the king of licensed slots. The three most favoured slots by iPad users include Thunderstruck II, Avalon and the progressive jackpot slot known as the million-maker, Mega Moolah. iPad players also have access to plenty of other top branded slots powered by Microgaming such as Bridesmaids, Jurassic Park and Games of Thrones.

Known as the king of 3D story-telling slots, BetSoft creates some of the best-animated video slots available to iPad slot players. Some of the most popular slots powered by BetSoft includes After Night Falls, Rooks Revenge and Boomanji.

Playtech is one of the premier online and mobile casino gaming suppliers and offers a huge variety of classic slots, video slots optimised for mobile devices. Known for its progressive jackpots such as Gladiator and Beach Life, one of the most mobile player favourites from this developer is Halloween Fortune.

With the name inspired by Scandinavian mythology and started by the former CEO of NetEnt, Yggdrasil Gaming creates some of the most technologically advanced slots. The iPad selection of slots powered by Yggdrasil includes fun themes such as Cyrus The Virus, Holmes and the Stolen Stones and Vikings Go Berzerk.

Play’n Go is one of the most successful developers, have won numerous rewards and continues to impress with their casino gaming selection. Some of the most favoured slots available via iPad devices include 5 X Magic, Wild Blood and Ninja Fruits.

Best iPad game for Your Money

There are a couple of ways to increase the return you gain when you enjoy top slot titles via your iPad. It all starts by joining one of the most respected online casinos regulated and licensed by one of the most trusted authorities such as the UK Gambling Commission, Government of Curacao or the Malta Gaming Association, which ensures you enjoy fair and RNG play.

By accepting a no deposit free spins bonus exclusively offered to new players, you instantly up your chances of winning without making any monetary investment or taking any risk. The no deposit free spins are instantly released once players register a new account and winnings earned via the free spins are cashable provided all the T&C are completed within the stipulated time-period. Welcome packages or bonuses offer an astonishingly high percentage match bonus unlocked by the initial deposit and can double, triple or quadruple your bankroll, allowing you to enjoy up to four times the winning opportunities. All bonuses are subject to wagering and once completed, winnings can be withdrawn via several different banking options, although most operators prefer processing withdrawals via the same method as used for funding the account.

Daily, weekly, monthly or surprise promotions are another awesome way to instantly increase your bankroll, while every action is awarded via a point-system and with regular play, you get to gather points exchangeable for cash or bonuses.

The dream way to earn incredible profits is by triggering one of the major mobile progressive jackpots. Some of the major progressive wins via mobile devices includes €7.9 million awarded by Microgaming powered Mega Moolah in August 2017 as well as the £5.8 million in December 2012. Massive progressive jackpot payouts offered via NetEnt created slots includes the recent win worth €6.7 million on Hall of Gods, while the biggest reported win via an iPad took place in January of 2015 when a lucky player won €5.6 million equal to 53.6 million SEK on Mega Fortune Touch.

The best chances of winning a progressive jackpot are by first familiarising yourself with the progressive jackpot terms, in some cases the jackpot amount is only available should the player trigger the jackpot round via a maximum bet. Maybe first try the game on free demo play to get used to its variety of bonus features and then accept a bonus to increase further your chances of winning, most importantly if you don’t spin-it you simply won’t win it.

Hurray! There is a competition going between users of our site!
You have to do nothing, but browse out site, and win a daily prize. Click here to read more.
You current ranking:
Time Left: 21h 44m 28s