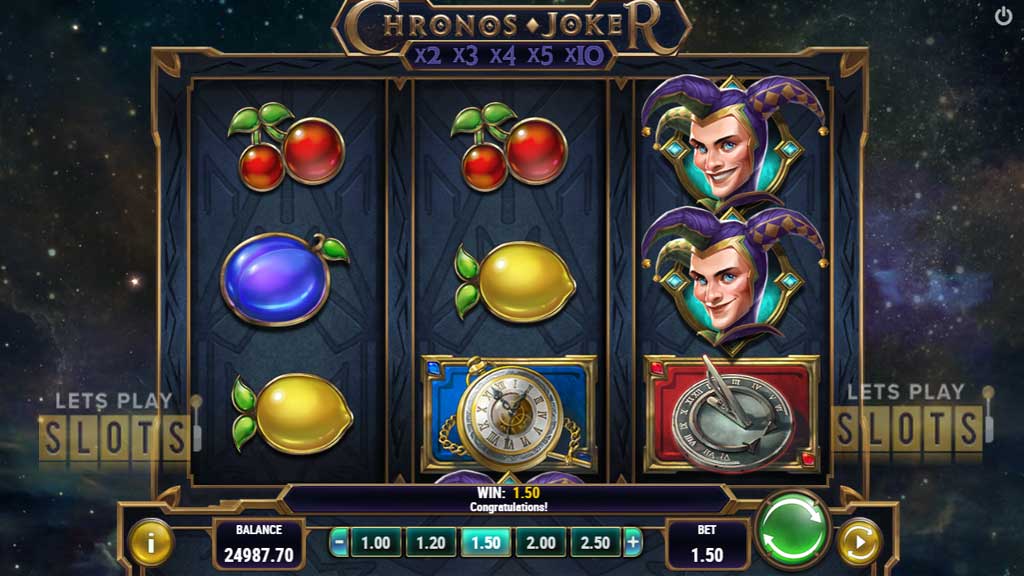 Play Around With Time In Play’n GO’s “Chronos Joker” 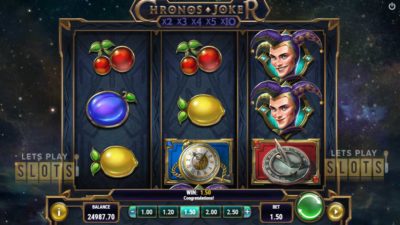 Slot developers have introduced unique themes over the years in order to keep players intrigued. The latest release from Play’n GO has a very interesting theme as it allows players to go back and forth in time as they play ‘Chronos Joker’.

Play’n GO has decided to give this theme a more mystical bent by turning towards Greek mythology and taking the Greek God Chronos as its main character who is symbolic of time.

The Chronos Joker slot features three reels and five paylines. That may seem limited but it is similar to the early slot games which only had limited flexibility. Players who start this game up will be impressed with the graphics as Play’n GO has done a great job with the design.

The graphics are top-notch and there is a certain mysterious feel to the stars and the sky in the background.

Players will be familiar with the basic symbols of the game as they are found in traditional slots and come in the form of cherries, lemons, plums and grapes. While the fruit symbols are appealing, they are low value symbols which mean the payouts are not that exciting. Players will want to get the fancier symbols. This includes sundials, hourglasses, pocket watches and digital watches. The most valuable of them is the one from the future. It awards players four times their total stake. There is also a wild symbol in the form of the Joker. Players who get three of him will get 16 times their stake.

The game has some nice little features that keep things interesting. For one, there is the respin feature. Players who get a stack of three identical symbols in two reels will activate it. Instead of all the reels spinning, the reel that does not have the symbol stack will be the only one to spin.

Besides the ability to respin, players will want to trigger the second feature. This is the multiplier feature. Players will be able to get additional bonuses to their win depending on what sort of multiplier is triggered. This is done randomly though so you don’t know your multiplier until it triggers.

Hurray! There is a competition going between users of our site!
You have to do nothing, but browse out site, and win a daily prize. Click here to read more.
You current ranking:
Time Left: 9h 43m 0s