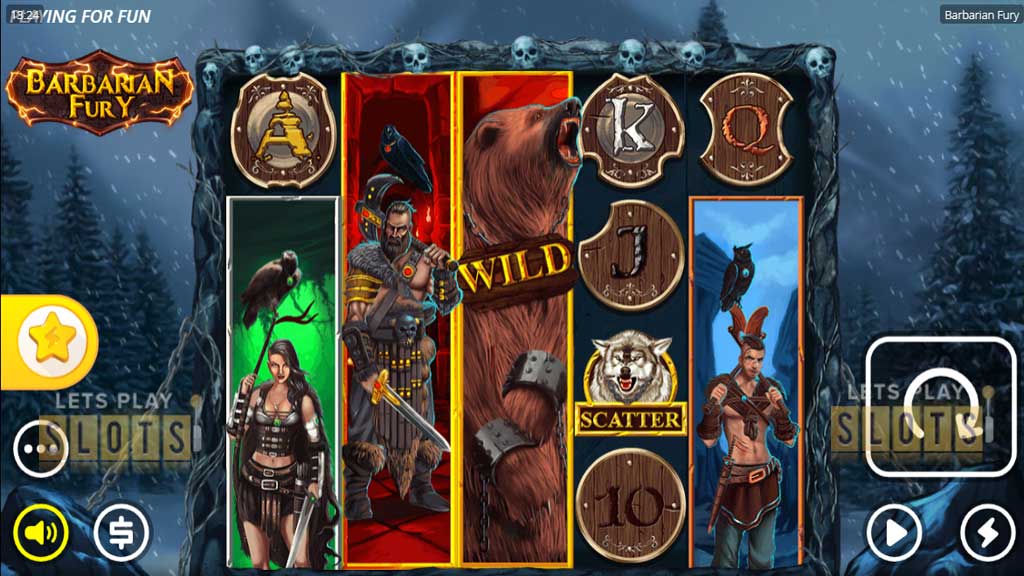 Release Your Anger With “Barbarian Fury” From Nolimit City 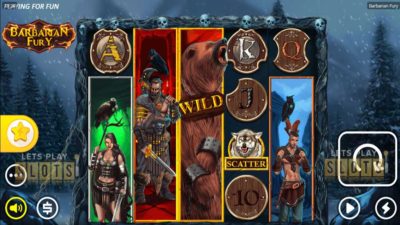 The term barbarian is not used very often in today’s society but there are a number of classic books and movies that depict epic barbarian stories. Slot developers are always looking for new and interesting themes and Nolimit City decided to use the Barbarian theme in its latest slot titled “Barbarian Fury“.

This game takes players to the Dark Ages and presents players a chance to fight at the side of a barbarian in the vein of Conan the destroyer. Players will enter the enchanted forests during winter and will have a chance to let loose all of their full fury. The game presents all of this with wonderful graphics. The orchestral score also helps in getting players into the theme of the game.

There are five reels and four rows in the grid, with 25 paylines. Players who are feeling a bit bored can choose to automate the game. They can also activate the turbo feature to make it all go faster,

The symbols in the game are pretty standards. There are the A to 10 symbols on wooden shields that yield some low-value prize. But the real prizes are the three barbarians. The bearded barbarian is the most valuable and rewards players with 10x their original stake when five symbols land on the payline. The game offers a decent 96.06 percent RTP which is great and can increase to 96.32 percent when players buy into the Fury Spins Feature.

Several special features make this game rock. For one, there are the nudges. This is the game’s way to help players out a bit. This is most notable with the game’s wild, a great brown bear. It replaces all the standard symbols which are nice but, when it appears, it can go up or down depending on where it lands. For example, if it lands on the top spot, it can nudge down to reveal more wilds. Besides giving more chances of winning, it also adds multipliers.

Besides that, players can also get some extra spins. Players who land three matching barbarian symbols will see them expand to fill the entire reel and lock-in. Players then get a free spin. With locked symbols, this can result in a potential big win. Finally, the Fury Spins feature is activated by scoring three scatter symbols. Scatters also have nudges so the number of nudges will determine the number of free spins.

Overall, the game is fast and furious, just like the name says. Do give it a spin and see if you come out on the winning side!

Hurray! There is a competition going between users of our site!
You have to do nothing, but browse out site, and win a daily prize. Click here to read more.
You current ranking:
Time Left: 4h 20m 1s