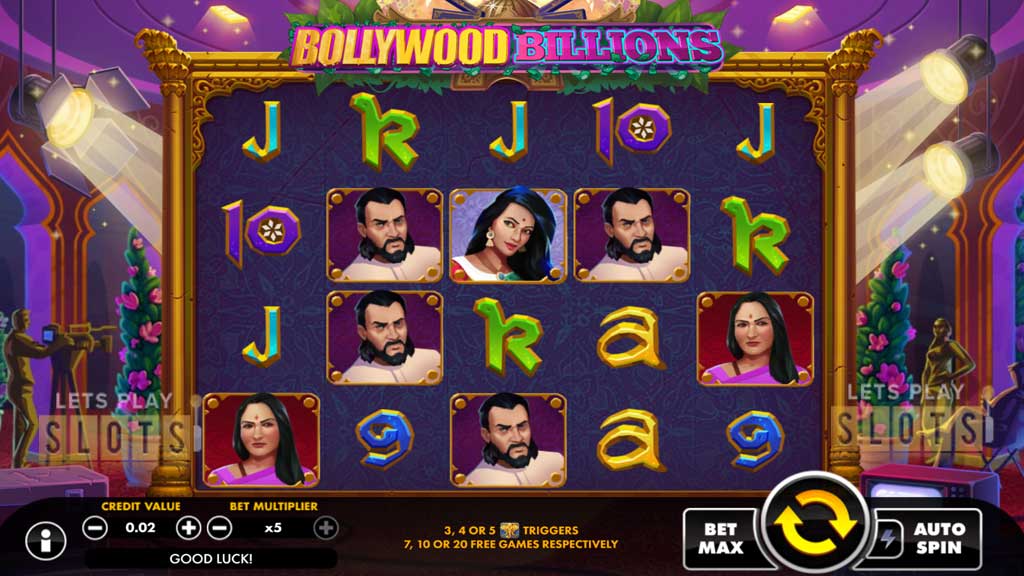 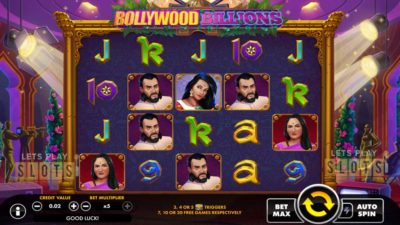 When people think of film industries, they often focus on Hollywood. But there are a number of countries who have their own film industries that are also very impressive.

Swintt and RNGplay decided to use this as their theme and develop a new slot called “Bollywood Billions” that is based on a popular Indian drama TV series.

Bollywood Billions presents a film set of a Bollywood production.

The game has some pretty good graphics which give players a great idea of what it feels to be behind the scenes of a Bollywood movie production. There is a great desi themed soundtrack that will get players excited and in the mood to have some fun.

This game has five reels and four rows along with 1,024 paylines which means there is a pretty reasonable chance of winning. Players can also wager an amount between 0.5 and 125 coins. The RTP of the game is at 95.54 percent which is a bit low but the game’s volatility makes up for it.

Bollywood Billions has an interesting mix of symbols. The lower value symbols are the usual card royals. There are also the main actor symbols that act as the high value symbols. The game also has a golden elephant that acts as the game’s scatter symbol. The biggest payout that players can get from the base game is 12x their wager.

No slot game can be complete without some special features. This game has scatters so the players who score three or more of them will trigger free spins. Players can receive 20 free spins but then they will have to choose a bonus for these spins.

The game is pretty basic compared to some of the other Bollywood themed slots but it does present players with some interesting gameplay. Swintt only has a few games under their belt so adding one more to their collection is a step in the right direction. Do give this game a few spins, as you might surprise yourself!

Hurray! There is a competition going between users of our site!
You have to do nothing, but browse out site, and win a daily prize. Click here to read more.
You current ranking:
Time Left: 5h 32m 3s