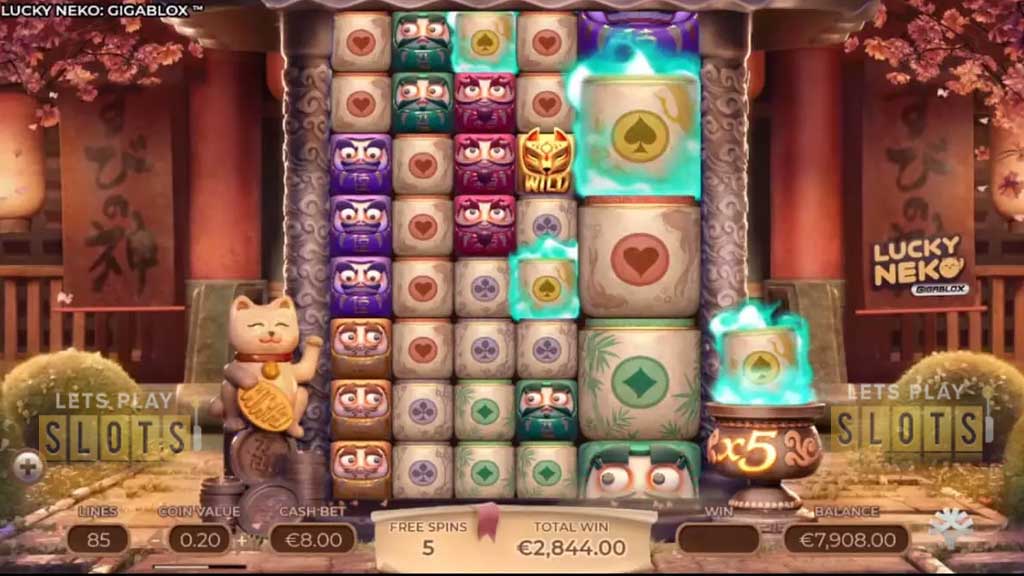 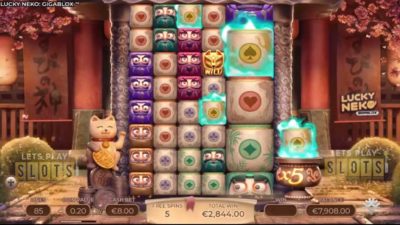 When most slot developers release an Asian themed slot, it is usually a Chinese themed slot. Yggdrasil Gaming decided to go against the flow and come out with a new Japanese themed slot called “Lucky Neko: Gigablox“.

Japanese love their animation and cartoons and Yggdrasil has used this theme to take cuteness to a whole new level in their new slot. This game revolves around a special cat that can change your life.

The game’s premise is about getting lucky and focuses on various Japanese symbols that are supposed to bring luck.

This begins with the daruma dolls, which are supposed to bring luck in Japanese culture, while Neko the cat is another sign of wealth and fortune. This game has a calming soundtrack and some great graphics that will hold a player’s attention from start to finish.

Players are presented with a grid of six reels and four rows. The game’s 40 paylines allows players to have a decent chance at winning. The RTP for this game is at 96.40 percent, which will encourage players to give this game a few spins and see if they come out on the winning side!

However, the stars of the game are the two cat symbols. They are the Golden Cat Wild and a Silver Scatter Cat. The wild acts as all other normal symbols while the scatter activates the free spins.

The game has some interesting special features. For one, there is the Gigablox Feature. During each spin, there will always be a set of synced reels. They will be able to create a giant block of symbols. This can range from a set 2×2 large or something larger at 4×4. The great thing about this feature is that it is also present during the free spins with a larger size of 6×6.

The other special feature is Free Spins. Players get this by scoring five scatter symbols. Players get one free spin for each scatter symbol scored so they always start with five free spins. The maximum is 16. During free spins, the grid becomes eight rows deep and has 85 paylines. One symbol also gets a 5x multiplier.

Overall, this is a fun game and is definitely worth a few spins!

Hurray! There is a competition going between users of our site!
You have to do nothing, but browse out site, and win a daily prize. Click here to read more.
You current ranking:
Time Left: 22h 14m 19s