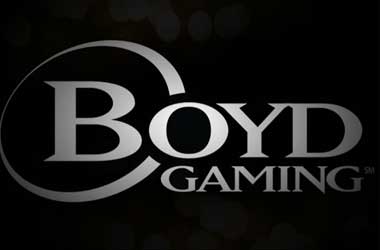 U.S.-based casino operator Boyd Gaming Corp announced that it has successfully concluded its acquisition of the Aliante casino in Las Vegas. The $380 million acquisition will add to Boyd Gaming’s local presence and mark its entry into North Las Vegas. The company has nine existing properties in the Las Vegas Valley.

As the premier gaming asset in North Las Vegas, Aliante provides a tremendous opportunity to participate in the long-term growth of the northern part of the Las Vegas Valley

The company received the approval for the acquisition from the Nevada Gaming Commission on Sept. 22

Opened in 2008, the Aliante was built at a cost of around $660 million as a joint venture between Station Casinos and a locally prominent family, the Greenspun’s. In 2011, the casino was taken over by a group of private equity firms and banks as a result of Station Casino’s bankruptcy-triggered restructuring. The property is said to have long term potential for the Boyd Gaming Corp as a result of the fast-expanding real estate and industrial projects in the northern Las Vegas areas.

Aliante has an extensive gaming floor spread over 82,000square feet and a sportbook seating 170 people. A hotel with 202 rooms with a pool, a movie theatre with 16 screens and a convention center of 14,000 square feet as well as a 650-seater showroom are other facilities available at the property.

Boyd Gaming owns and operates around 22 properties spread across Nevada, Indiana, Illinois, Kansas, Iowa, Mississippi and Louisiana. In downtown Las Vegas, the company has three casinos – Fremont, California, and Main Street Station, while four others are located in other Vegas locations.

Hurray! There is a competition going between users of our site!
You have to do nothing, but browse out site, and win a daily prize. Click here to read more.
You current ranking:
Time Left: 10h 27m 52s