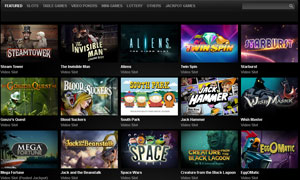 The Swedish gaming developer, NetEnt is set to release more new slot games for 2015. If you are passionate about playing latest slot gaming titles from NetEnt then we have listed some of the latest games from NetEnt you should look forward to this year.

All upcoming games will be made available for both Desktop and Touch. The touch version is for mobile users and these will be playable on smartphones and tablets.

On the 24th of June, NetEntertainment will release Neon Staxx slots. The slot games will offers exciting features such as the stacked wilds, bonus rounds and many more. Players are able to enjoy the game on desktop and mobile.

23rd July 2015 – Players can expect to play the latest slot game titled rolled in by NetEnt “Sparks”. The slot game is basically based on Sparks – shootings stars or fireworks offering the Catharine wheel feature, Sparkler spins feature game and many more.

24th August 2015 – Dazzle Me is another slot game from NetEnt that will be released later during the year. The slot game will be filled with dazzling diamonds with its animations delivering bright colors and great visual effects.

23rd September 2015 – Hook’s Heroes is an interesting game to look forward to. The game is based on a Peter pan story of Captain Hook who had captured Wendy and peter Pan came to the rescue. I guess this slot game will have a story line of Captain Hook being the Bad guy and of course the heroes being Peter Pan.

Hurray! There is a competition going between users of our site!
You have to do nothing, but browse out site, and win a daily prize. Click here to read more.
You current ranking:
Time Left: 2h 8m 37s