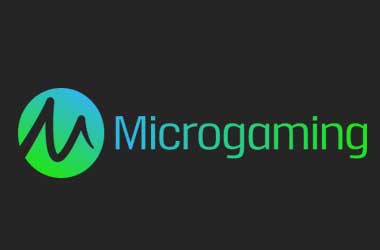 Microgaming, one of the leading software gaming companies in the world recently announced the launch of two new exciting games that promises a whole lot of fun to players.

The company which is based out of the Isle of Man has been responsible for developing some of the most popular online games in the industry.

Some of the games Microgaming has developed include Castle Builder, Gonzo’s Quest, Starburst, Guns N Roses and Immortal Romance.

108 Heroes Multiplier Fortune is a Chinese theme slot game that features the traditional 3 reel with lush Chinese graphics and a stirring soundtrack that will put players inside ancient China. Players will battle to restore the honor of the kingdom in this game which is as fast paced as its predecessor.

With108 Heroes Multiplier, players can multiply their wins with wilds. Players have the chance to land attractive rewards with multiplier wild spins that can yield double wins. Multiple wilds are present in every wheel and can get combined netting the player wins up to 10 times the original bet. Two or more multiplier wilds present in the center reel will bring up the respin feature.

With big rewards, attractive visuals and high octane fun, 108 Heroes Multiplier Fortune will offer a thrilling experience for players. This game is set to go live on all Microgaming and Quickfire platforms on September 6.

In a statement David Reynolds, Games Publisher at Microgaming said

Players are in for epic adventures with our new game additions this September. We have 108 Heroes Multiplier Fortune which follows on from its predecessor, combining player-favorite graphics from 108 Heroes with the mechanics of Mega Money Multiplier to give players non-stop action and exciting rewards!

Gnome Wood is the second game from Microgaming that will be released in September. This 5-reel online slot game includes a 25 payline from Rabcat Gambling Featuring cute animations and smooth graphics, Gnome Wood will transport players to a mythical woodland with magical creatures that will accompany players as they make their way through the game to win rewards.

Some of the top highlights of the game include, the Wandering Wilds feature, which can make an appearance at any reel both in a base game as well as during free spins and activate bonus spins. This exciting game will also be available from September 6 for both desktop and mobile slot app players.

Hurray! There is a competition going between users of our site!
You have to do nothing, but browse out site, and win a daily prize. Click here to read more.
You current ranking:
Time Left: 2h 2m 9s