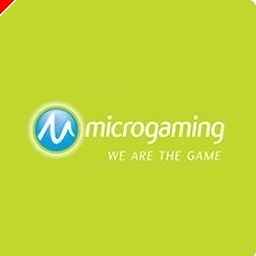 Microgaming Signs Yet Another Deal

Microgaming Signs Yet Another Deal

The TV series is based on the best-selling book series written by George R.R. Martin titled – A Song of Ice and Fire. The television series is based on a saga of liars, knights, nobleman, renegades, kings and queens in a battle of capturing the Iron Throne of Westeros. The first season of the series was aired on HBO in 2011 and their fourth season is to be premiered in April 2014.

Microgaming announced that the game will be based on the fantastical theme of the television series and will also identify its content familiar to that of the series.

The CEO of Microgaming, Roger Raatgever commented, “we are pleased to have signed a deal for Game Thrones since it is a very popular show and certainly we will develop a fantastic slot game that features outstanding gaming features of the epic TV series”.

The Director of HBO Global Licensing, Josh Goodstadt, also commented on the deal, “the partnership with Microgaming will surely take the epic Television series to another level and we have accepted Microgaming as it is the best in this field”.

Hurray! There is a competition going between users of our site!
You have to do nothing, but browse out site, and win a daily prize. Click here to read more.
You current ranking:
Time Left: 12h 31m 21s