The Swedish gaming developer, NetEntertainment has launched a new slot titled named Aliens that is based on the 20th Century Fox movie distributed in 1986. The slot game comes with superb gaming features such as the 3-level bonus feature game, wilds and multipliers. 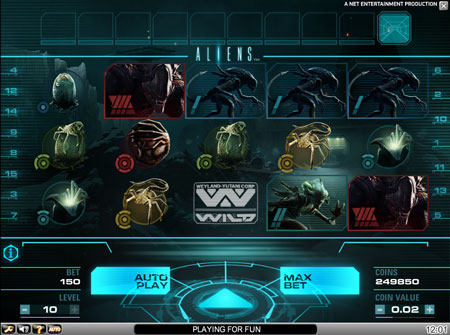 It is a 5 reel, 3 row, 15 line video slot game that offers tremendous 3D graphics and the game has been made available on both download and mobile.

In the bonus feature game, you main objective is to hunt and kill the aliens. You are awarded several coins for killing each alien and players have an opportunity of winning up to 570,000 coins in this bonus feature game.

Hurray! There is a competition going between users of our site!
You have to do nothing, but browse out site, and win a daily prize. Click here to read more.
You current ranking:
Time Left: 17h 50m 30s