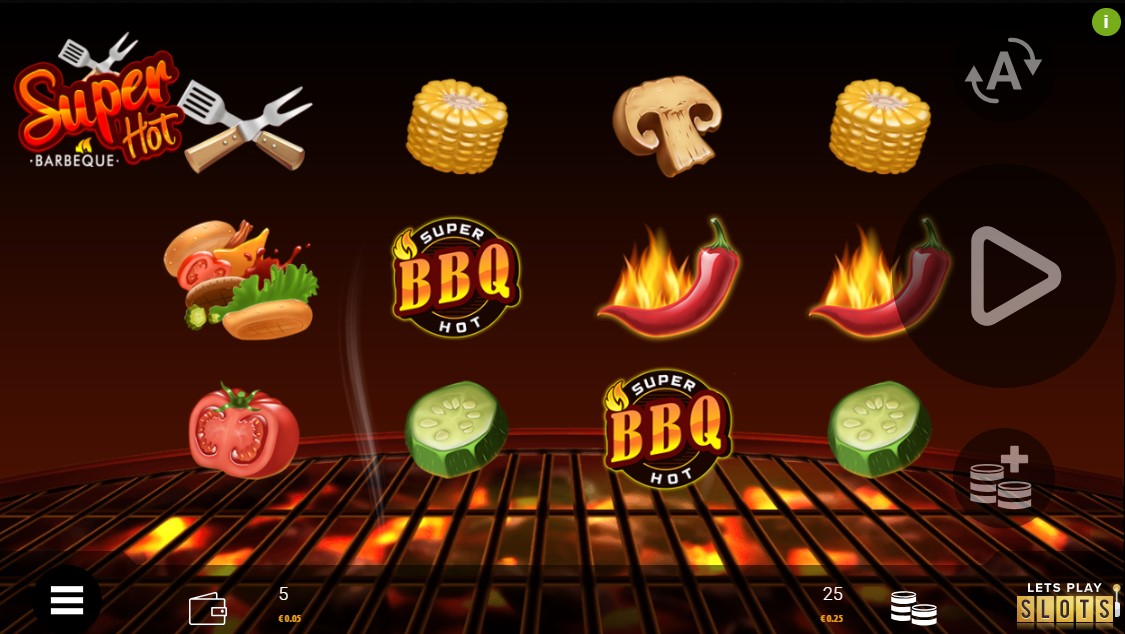 Super Hot Barbecue may look the part visually, but it doesn’t provide much in terms of inbuilt features. Yet, if it’s a simple and classic type of slot game that you’re looking for, Zeus Play is the one to offer such with this offering.

I’ll admit, I do love attending a good barbecue during the summer months. But, outside of those warm months, there’s always the opportunity to play Super Hot Barbecue from Zeus Play. Granted, this game very much impressed me with its inclusive graphics and animations, although it didn’t live up to much in terms of extra special features. It’s quite a simple game overall but will still entertain you for a while. 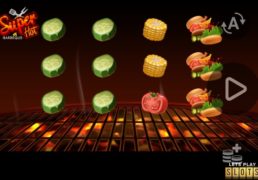 The setup of this slot game features a layout of four reels and three rows for you to play on. Zeus Play has also added a total of 25 paylines into Super Hot Barbecue, which you have the opportunity to adjust via the game’s menu. You can also alter the amount of the wager that you place on the game in this section, with coin values between €0.01 and €0.15 to choose from. This means that a maximum bet of €3.75 per spin can be played.

As far as the visual part of this slot is concerned, you’ll find that the background is of the interior of a barbecue. The symbols that exist up the game’s reels are of food that can be cooked on the grill, as well as equipment to cook with. There’s the fork and spatula first and then the halved tomato. There’s also a symbol of some corn, which can reward you with up to 100 times your stake, as can the mushroom and the courgette slice. Other symbols include the game’s own logo, a red hot chilli and a full image of a burger and salad-filled bun. 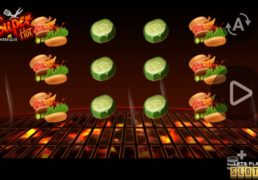 There is just a single feature within the Super Hot Barbecue slot. This activates if you manage to spin one of the exact same symbol into view in all 12 locations on the reels. If this happens, then you will see your line wins double up to 5,000 times over!

The game does also feature its own gamble round, which you can play after you form a win on the reels. If you do, then you need to guess what the next playing card colour is that you turn over, red or black. Doing this correctly will double your winnings. 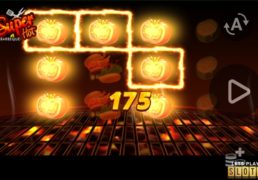 Super Hot Barbecue won’t win any awards for most extensive slot game of the year, but it will still provide you with some entertaining gameplay for a short time period. Zeus Play has made sure to incorporate some great graphics within and the game does run smoothly, but if you’re looking for something with plenty of extra features, this isn’t the one for you.

Super Hot Barbecue may look the part visually, but it doesn’t provide much in terms of inbuilt features. Yet, if it’s a simple and classic type of slot game that you’re looking for, Zeus Play is the one to offer such with this offering.

Hurray! There is a competition going between users of our site!
You have to do nothing, but browse out site, and win a daily prize. Click here to read more.
You current ranking:
Time Left: 6h 3m 7s