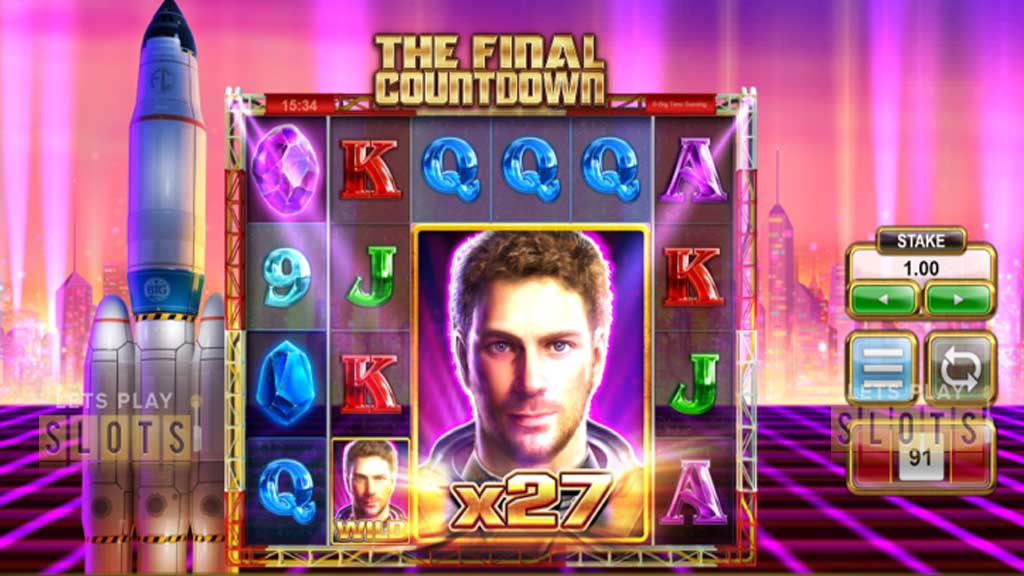 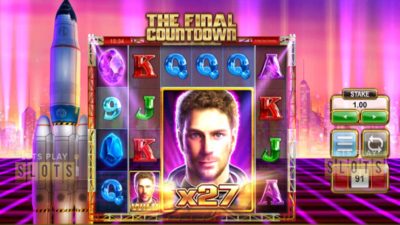 The 1980s classic song ‘The Final Countdown’ by Europe is being revived by Big Time Gaming. The company’s latest slot is aptly titled ‘The Final Countdown’ and uses the song as the basis of the game. Utilizing a classic sci-fi theme, players take on the role of astronauts to explore space. They are joined by the two astronauts Vegas and Venus in their travels to score that big win.

When players start launch the game, they will be greeted with the image of the colorful universe that Vegas and Venus inhabit. Playing in the background with be the classic hit from Europe. You can’t fault Big Time Gaming for not dedicating itself to the theme. However, it can get irritating after some time as the song keeps playing in the background.

As for gameplay, this slot features six reels and 4,096 ways to win. The game lets players win via the traditional way which is to get matching symbols. The game features several symbols and there are specific ones that players would like to get as they are more rewarding.

The low-value card symbols are present but what players should be aiming for are the jewels. The most valuable jewel is the purple one which offers 25 times the initial stake if six jewels match. The game has Venus acting as the wild symbol for the base game.

Whenever players launch a spin, there are several features that can suddenly activate. First, reels can be cloned and duplicated on other reels. Next, if a wild is scored with a cloned reel, it will get bigger and occupy more space and provide huge wins.

The real highlight of this game is when you get a bonus round. This is done by getting three scatter symbols. When this happens, players will have to make a choice. They can either pick the Countdown Free Spins feature or the Heading for Venus Free Spins feature. The former will give them eight free spins and a roaming wild that gets bigger with each win. The latter gives players 15 free spins and assures cloned reels. The game also has wilds that can potentially give out large multipliers.

Overall, this game is a fun trip through space with some cool bonuses thrown in. With Europe blasting out an all time classic, this can be pretty nostalgic. Players should try it out when it arrives at their favourite online casino to get big wins.

Hurray! There is a competition going between users of our site!
You have to do nothing, but browse out site, and win a daily prize. Click here to read more.
You current ranking:
Time Left: 21h 28m 34s
Gambling is for 18+ though some countries may have other restrictions...Remember you should always Gamble Responsibly
We use cookies to ensure that we give you the best experience on our website. If you continue to use this site you agree to allow us to use cookies, in accordance with our Terms & Conditions.Agree & Close