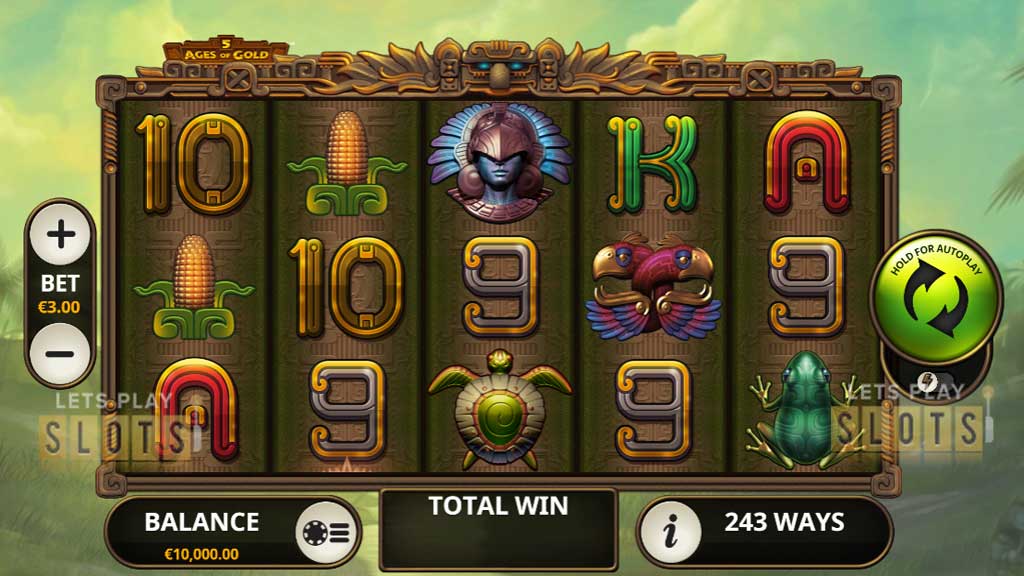 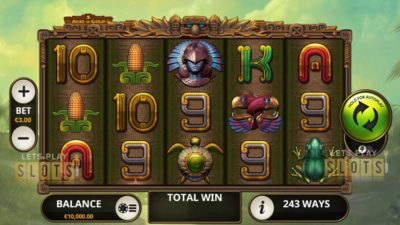 Playtech is one of the leading casino software game developers in the world. The company has expanded its presence in recent times by acquiring a number of small studios which has helped boost its creative talent. Geco Studios is one of those acquisitions and the firm behind the latest slot released called 5 Ages of Gold.

The slot is based on the mythology of the Mayas and has 5 reels and 243 ways to win. This game features some very slick bonuses and will keep players engaged throughout.

When players start this game they are greeted by a view of the Mayan jungle and the five reels. The symbols are highly stylized and can be a bit confusing at first.

However, players will be able to understand them better as the game progresses. There are several low-value symbols. These come in the form of the A, K, Q, J, 10 and 9 playing cards. The more valuable symbols are corn, frogs, turtles, parrots and Mayan headpieces. The headpieces give out the biggest reward with five on a payline giving 33.33 times the original stake.

The game also has a wild symbol. This substitutes for all the other symbols except for the scatter. Players can randomly activate the Wild Bonus feature. Players can get either 50 times their original stake or an entry into the Free Games Feature.

The less free spins players get, the bigger their multiplier. Players can also get the chance to retrigger the Free Games feature. They can potentially get up to 50 free spins. Players have a chance of winning big if they go for high multipliers but there are more chances with the low multipliers.

Do check out this game once it hits your favourite online casino.

Hurray! There is a competition going between users of our site!
You have to do nothing, but browse out site, and win a daily prize. Click here to read more.
You current ranking:
Time Left: 6h 39m 45s