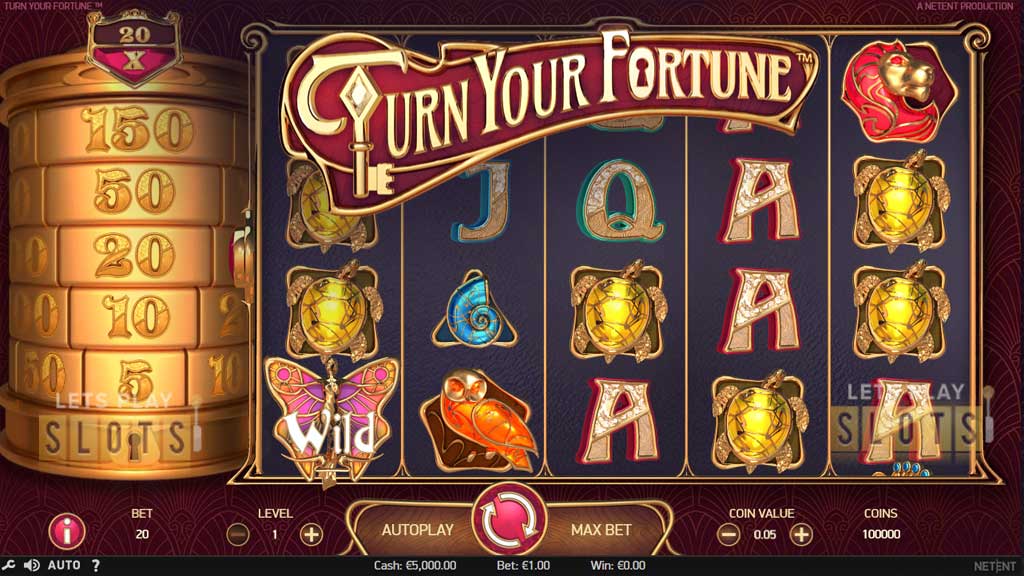 ‘Turn Your Fortune’ Around In 2019 With NetEnt

Net Entertainment has a great new slot game for players to try out in 2019. The ‘Turn Your Fortune’ slot game is a five reel, four-row slot game with 40 paylines. The game has no story theme and just focuses on the opulent art of the French Art Nouveau style and its gameplay.

This game has a lot of potential winnings for players as they can walk away with 2000 times their original stake and change their fortune in 2019.

The game is very well designed and players will love the artwork in the game. The quiet and calming music also helps set up the atmosphere of the game. As for the gameplay, it has all the standard components of modern slot games and a bit more.

Players are hoping to get winning combinations from left to right and they have a choice of how much to wager on each spin. The stake is usually multiplied when they win. They can also set the game to autoplay. This means that the game will keep on spinning until a winning combination is received.

As for the winning symbols, the game features card symbols for its low-paying bracket. If players want a bigger win, they will have to get the unique symbols of the game that include carp, turtles, and lions. The most valuable symbol is the lion. With five of them on a line, players will walk away with 10 times their original stake. There is also the wild symbol that can act as other symbols except for scatter.

However, the really big wins are when a player gets to the special bonuses. The big one is the most noticeable feature of the game: the Fortune Lock. Beside the reels, there is a lock that can give players multipliers. When the player is in a bonus game and gets keys, they will get to unlock a new level. At level five which is the highest setting of the Fortune Lock, players can get 2000 times their original stake.

In free spins, players can collect symbols to unlock levels of the Fortune Lock. If they get 20 symbols, then a step is unlocked. For Fortune re-spins, the idea is also the same but players just need five symbols collected to go up the Fortune Lock.

Overall, this is a nice little game to play from Net Entertainment as it provides players with a fun experience and the opportunity to have a nice payout.

Hurray! There is a competition going between users of our site!
You have to do nothing, but browse out site, and win a daily prize. Click here to read more.
You current ranking:
Time Left: 13h 18m 42s
Gambling is for 18+ though some countries may have other restrictions...Remember you should always Gamble Responsibly
We use cookies to ensure that we give you the best experience on our website. If you continue to use this site you agree to allow us to use cookies, in accordance with our Terms & Conditions.Agree & Close