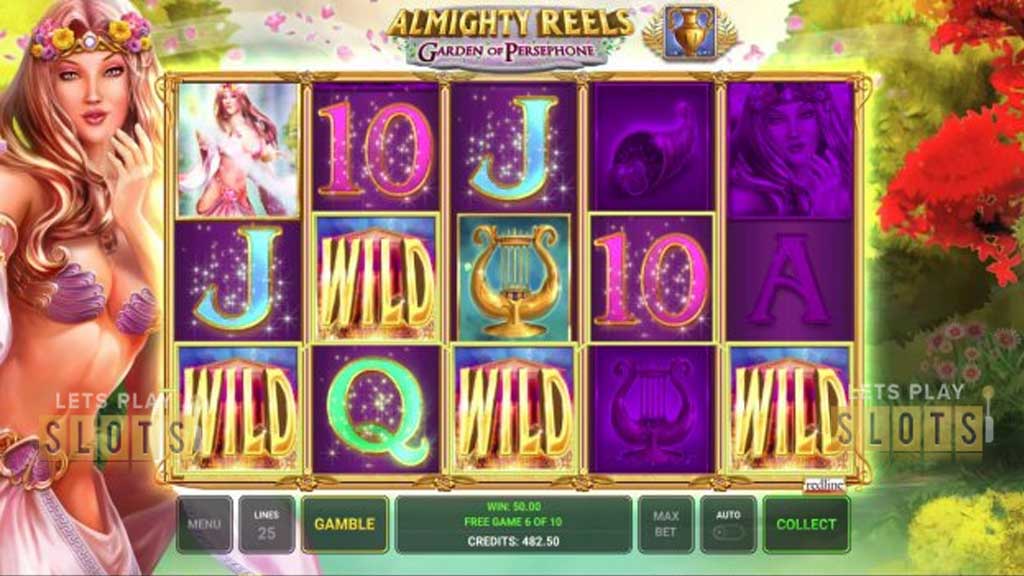 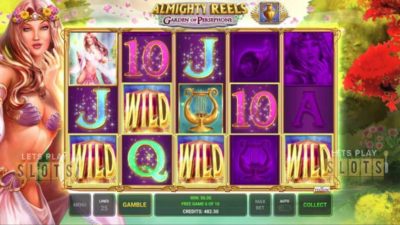 Greek mythology is such a popular theme for slot developers as they have used different Greek gods and goddesses over the years to help players find hidden treasure. Novomatic has come out with a new slot called “Almighty Reels – Garden of Persephone” which is a part of its Almighty Jackpots series.

Players are introduced to the game as they are whisked to a garden with a Greek temple in the background. Matched with a great soundtrack, players will be able to settle down real quick and focus on the game at hand. There are five reels and 25 paylines for this game and the goal is pretty straightforward: get winning combinations to win the jackpot.

For low-value symbols, the game starts with the A, K, Q, J and 10 playing cards. For more valuable prizes, players will have to score the more valuable symbols which come in the form of the Horn of Plenty, golden cases, harps, helmets and the Goddess Persephone on the reels. The goddess is the most valuable of all the symbols. Players can get four times their stake if they get five of her in a combination. There is also a wild symbol that replaces everything except the scatter.

The real draw in this game is the bonuses. The main one is the Free Games features. This is triggered by getting at least three of the Free Games wreath symbol as part of a winning combination. If players are lucky, they score five of it and get 50 times their stake, they will get 10 free spins.

For these free spins, one of the higher-value symbols will be selected as the giant symbol. It will then start showing up as a 3×3 stack in the three middle reels. This makes it easier to win.

The other feature to aim for is the Almighty Jackpots feature. The game also has coin symbols as part of the spins. Players who have six or more coin symbols appearing on the reels at the same time can trigger it. Each coin that appears will give players a free spin. Players then seek to fill every position on the reels with coins. Depending on how well they perform, they can get anything from 20 times their stake to 1,000 times their stake.

Overall, Almighty Jackpots Garden of Persephone is a simple game that gives players a chance to win really big!

Hurray! There is a competition going between users of our site!
You have to do nothing, but browse out site, and win a daily prize. Click here to read more.
You current ranking:
Time Left: 11h 36m 4s