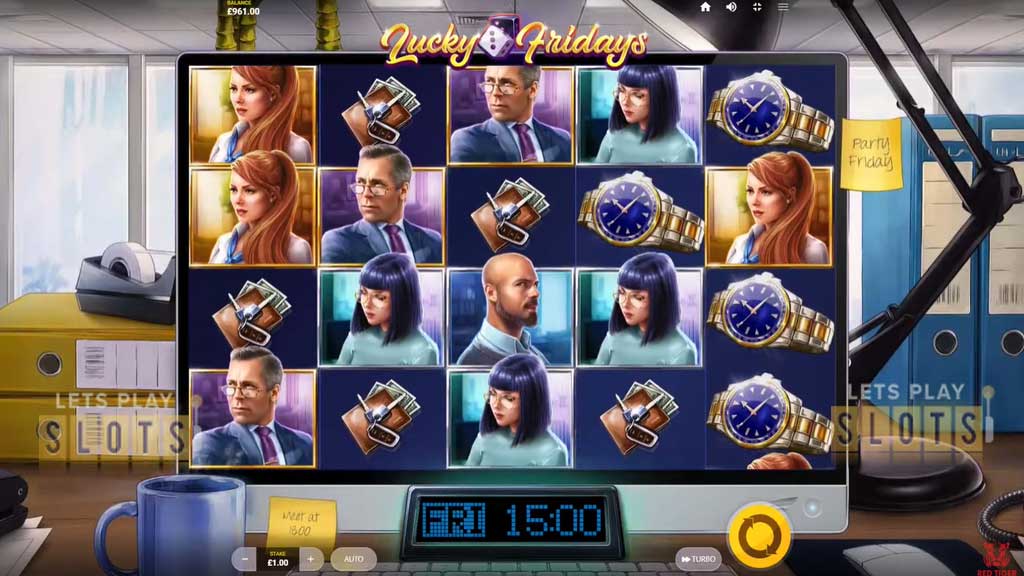 Amp Up For Some Weekend Fun With New “Lucky Fridays” Slot 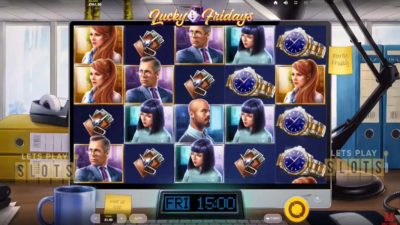 Billions of people around the world look forward to Friday, as it signals the end of the work week and so much needed fun and rest over the weekend.

Red Tiger Gaming has come out with a new slot called “Lucky Fridays” that will give players an opportunity to play and win nice prizes during their weekend.

When players start this game, they are taken to the desk of an office worker. It has all the standard items found in most offices.

Files, binders, coffee, and stationery are all over the desk. The most obvious animation on the screen though is the time and date.

Players will see that the game starts on a Monday morning. But there is a note that the office is to have a party on Friday at six. After every spin, the clock and calendar advance until the scheduled party – which is when the game changes.

The gameplay is pretty basic. There is a grid of five reels and four rows which has 30 fixed paylines. The game features symbols that feature the office worker’s co-employees. Players won’t be able to wager big in this game. The game only allows a maximum of 20 euros as a wager. The game’s volatility is pretty high, which makes wins profitable though. The game balances this out with an RTP of 95.77 percent.

There are quite a few special things that can happen in this game, depending on the time of the week. During the workweek, the game will only have a Wild symbol showing up. It substitutes for any symbol and can help players get that three of a kind combination. This will allow for easier wins but some players might find this part boring.

Things change when the clock hits six on a Friday. The office goes into party mode and players will be able to experience a much more interesting time. The most notable change is that all the high-paying symbols will reward players with a higher prize. Besides that, the Wild Symbol won’t cover only one slot. It will now cover six spaces, which makes it much easier to win.

Players will also randomly get play a Dice Throw game between two spins. The result of the dice will then become the player’s multiplier for their next win. That is massive and a 12x multiplier can be a big jump. The biggest jump that players can get from Party Time is 3,500 times their stake. When the party is over though, players have to wait for another 55 spins for the next party.

Do give Lucky Fridays a few spins and see if you can have an exciting weekend.

Hurray! There is a competition going between users of our site!
You have to do nothing, but browse out site, and win a daily prize. Click here to read more.
You current ranking:
Time Left: 9h 37m 6s