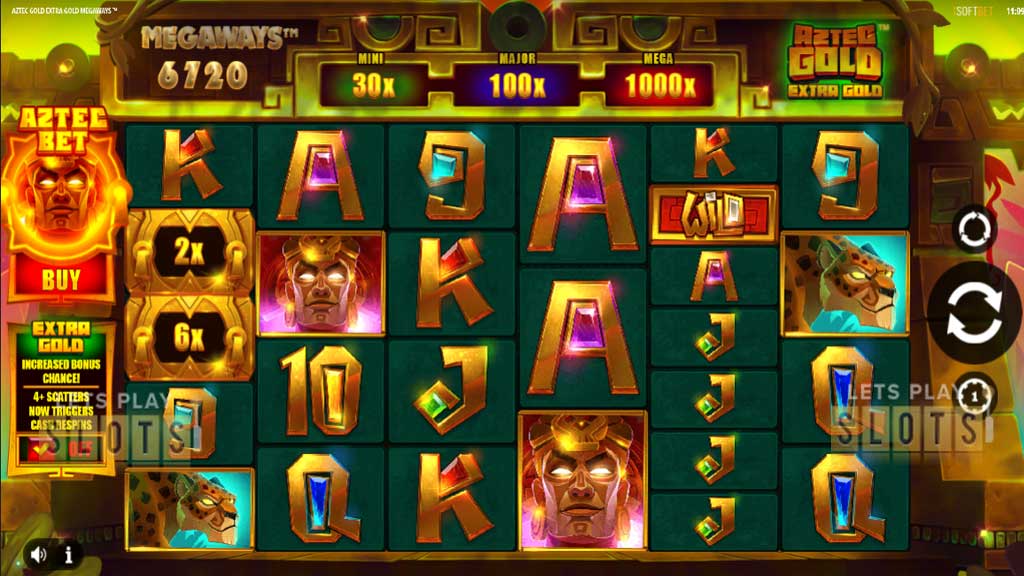 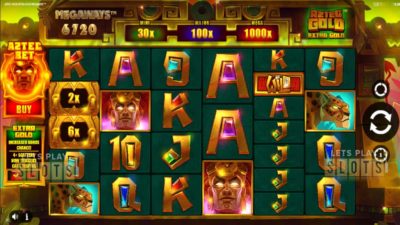 iSoftBet released “Aztec Gold Megaways just a year ago and it turned out to be a big hit for the developer.

iSoftBet decided to go with what works and are releasing a special edition of the game. The latest release has been retitled as “Aztec Gold: Extra Gold Megaways“.

In this new version, players are going to have even more chances to win big. Anyone who played the original will immediately recognize the game. The graphics and much of the features of the game remain the same but there are some nice additions.

Players are presented with the Aztec temple just as it was in the original.

The game has six reels and there are various symbols on each reel, which can hold a maximum of seven. There are between 64 to 117,649 ways to win which can be very appealing.

Unfortunately, the game has a limited betting range. Players can only bet from $0.20 up to $20. That can be pretty low and will not be attractive to those who want to big with their bets. As for the symbols, players are treated to the same mix as the original.

There are the card royals in the Aztec theme as well as the thematic symbols that include snake, falcon, leopard and the Aztec Gods. The most valuable regular symbol is the Aztec who pays out 50x. There are also several special symbols. There is the Wild symbol, a bonus symbol in the form of a Sun Disc, and the Aztec Temple as a mystery symbol. There is also a scatter symbol.

The game also has some nice special features. The most obvious one is the Cascading Wins. When players score winning symbols, those symbols will disappear. There is now room for more symbols to fall and a chance for new wins. This can mean a chain reaction of wins. Another feature is when the Mystery symbol lands, it will wait until the reels stop before revealing themselves. It can be any regular symbol.

During each spin, players can randomly trigger the Max Megaways and the Sun Discs Boost. The first can feature give players more ways to win while the sun discs can appear on the reels suddenly. As for the scatter symbol, players need to collect three of them to activate the respins feature. This is when players get to collect Aztec treasures. The number of treasures they collect determines their reward.

This game has an RTP of 96 percent.

Hurray! There is a competition going between users of our site!
You have to do nothing, but browse out site, and win a daily prize. Click here to read more.
You current ranking:
Time Left: 6h 12m 52s