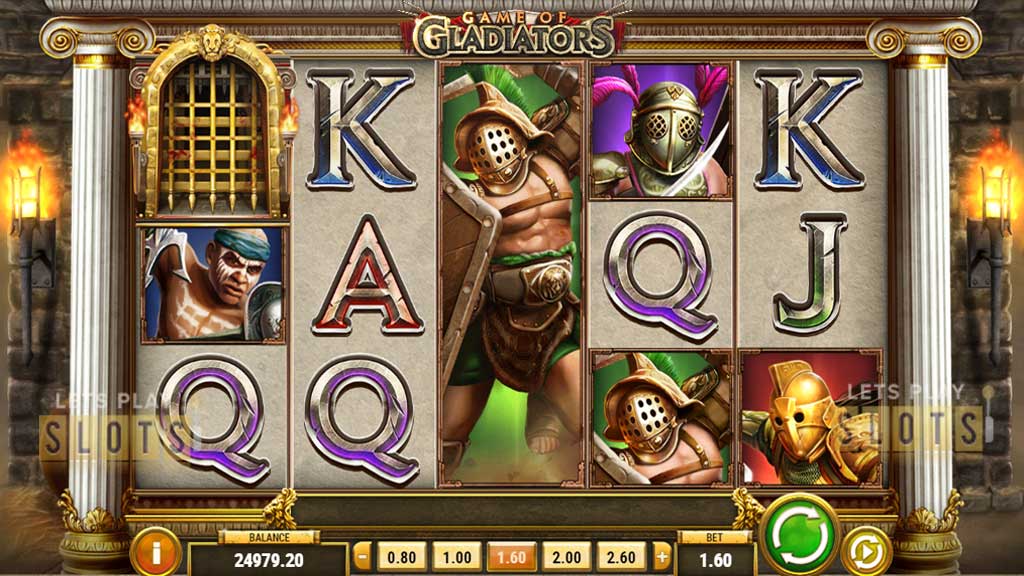 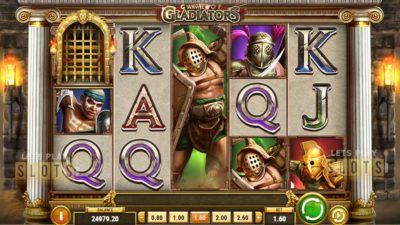 The gladiator arenas of ancient Rome were places of blood and glory. Play’n Go‘s latest release takes players to this setting and has them try their hand by playing the ‘Game of Gladiators’. This interesting little game has the developer going all-out to provide players with a fantastic online gaming experience thanks to some awesome graphics and the interesting gameplay that it has included.

The Game of Gladiators welcomes players into an impressive-looking arena and presents them with the reels. The graphics on the walls are really eye catching while the symbols on the reels, especially those of the gladiators look like they’re ready to leap out and slaughter someone. The game has five reels and 20 paylines which is pretty basic for a slot game.

Winning combinations start from the left to the right and most players will be familiar with the A, K, Q and J royals on the reels. Those are the low-value symbols. The more valuable symbols are the gladiators with unique names like Scissor, Provocator, Murmillio, and Rectiarus. Of the four, Rectiarus is the most profitable, with five of him delivering 20 times a player’s stake as a reward.

There are two special symbols available in the game. One of them is the tiger. This is the wild symbol and can be used to substitute for any other symbol. Plus, if a player gets five of it on a line, then they get 25 times their stake. There is also the Portcullis. This is the scatter symbol that activates the bonus game.

What really makes Play’n Go‘s Game of Gladiators impressive are the bonuses. During the basic game, there are five randomly triggered Primus mystery features. First, there is the Fame feature. A random Gladiator symbol is selected and a bonus is rewarded. Next is the Spear Attack feature which gives between three and six random tiger wilds.

There is also the Sword Attack feature. The first reel is duplicated a random number of times. This can ensure a winning combination. Another feature is the Net Attack feature, where all Gladiator symbols of the same type are locked in and then a free respin is given. Finally, there is the Enraged feature, when two fully expanding tiger wilds are randomly added.

The real gem is the Enter the Arena Battle feature. Players get this when they score three scatter symbols. They can then choose between Spartacus, the male Champion, or Amazonia, the female Champion. These will be the active scatter during the bonus round. Players then get free spins until the battle is “won” or “lost”.

The battle is decided during the free spins. All gladiator symbols during the spins are collected on to a Battle Meter. Players lose if the Battle Meter is filled. However, the scatters that appear destroy the collected symbols, depending on how many scatters are scored. Overall, this highly volatile game will provide players with a fun time.

Hurray! There is a competition going between users of our site!
You have to do nothing, but browse out site, and win a daily prize. Click here to read more.
You current ranking:
Time Left: 6h 22m 13s