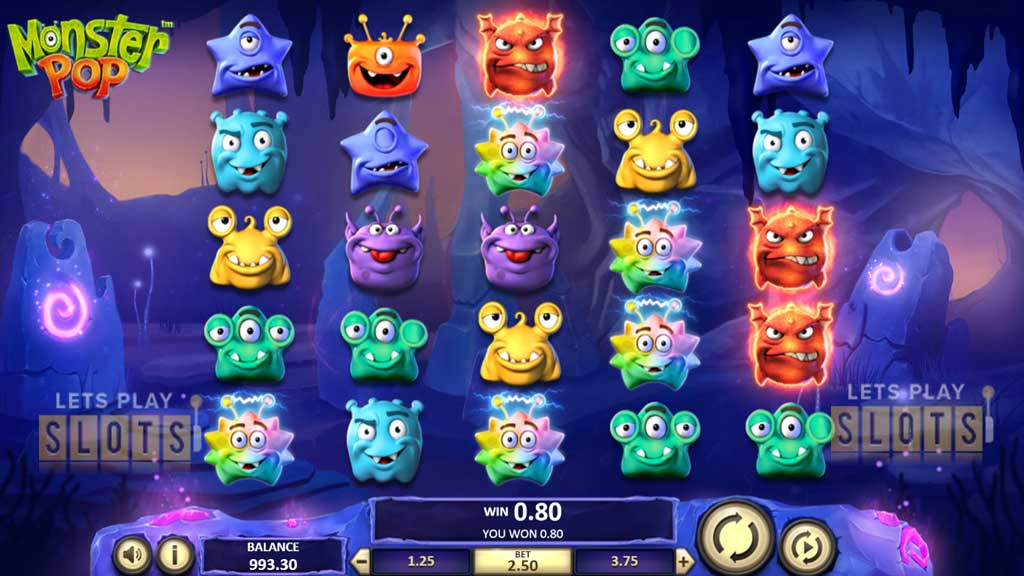 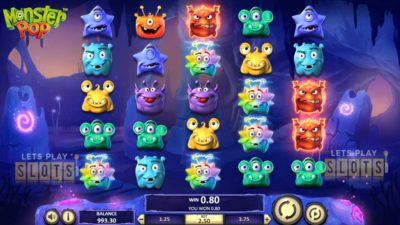 Slot games have a wide variety of themes as developers are always looking to bring something new to the market. Betsoft Gaming has decided to go on the cartoon route in its latest offering titled “Monster Pop“.

Players are taken to a cartoon world of colorful monsters to win some jackpots. Though it looks pretty childish, the game does have some bite as it presents players with some wild jackpots.

When players start this game up, they are presented with a colorful screen full of some adorable monsters. Kind of like Pokemon, players are tasked to hunt down combinations of cute creatures so that they can win big prizes.

For fans of Pixar’s Monsters Inc., this game will give them the same vibe. The game is presented on a five by five grid.

Unlike normal slots, players are not aiming to match combinations on a payline. This game uses the cluster format, which means players win by getting a cluster of four or more of the same symbol. This means that players can have multiple wins on a single spin.

Though there are different monster types, they are all worth the same. The game takes a look at how many monsters in a cluster to see how much to award players. The biggest cluster is up to 20 symbols, with a wild symbol allowing players to make bigger clusters.

The game is a lot of fun even with the basics. But players will enjoy it more with all of the special features coming into play. For one, the game has a cascade feature. This means that when players score a winning combination, the game removes all the winning symbols. Players will then see more symbols dropping down. This gives players more chances to get winning combinations.

Even if players do not win, the monsters can randomly help out. When they do, they activate cloner bombs. This activates the Monster Cloner symbol. Random symbols on the grid explode and multiply. This can add rows and columns to the grid and increases the chance of triggering a win. The Monster Cloner symbol can also naturally appear on its own, so players should watch out for it.

Hurray! There is a competition going between users of our site!
You have to do nothing, but browse out site, and win a daily prize. Click here to read more.
You current ranking:
Time Left: 6h 42m 40s