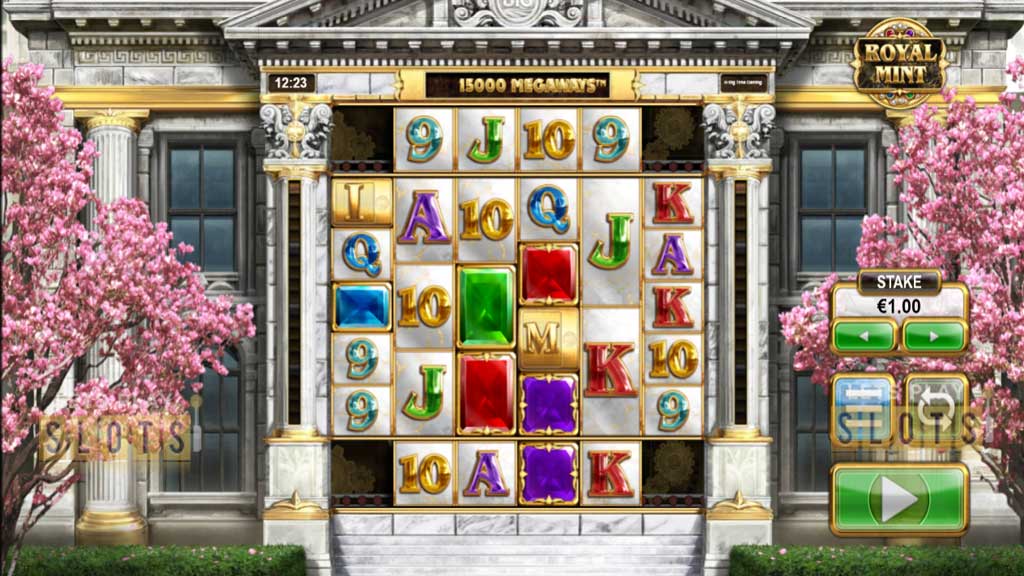 Big Time Gaming Opens Up With “The Royal Mint Megaways” 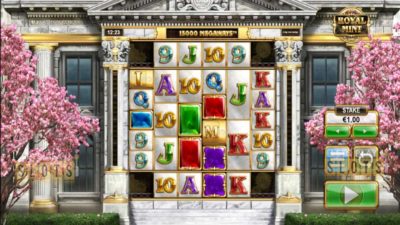 Money does not grow on trees – this is a common saying around the world. Countries print it up or, in the matter of coins, press them out. In the UK, this job is handled by the Royal Mint. Imagine all the money that comes out of such a building. If you find that hard to do, then Big Time Gaming will do it for you via their latest slot called “Royal Mint Megaways“.

When players start this game, they are taken to the white halls of the mint and have a chance to win big. As a Megaways engine game, players start with six reels and a limited amount of symbols. The more a player wins, the more symbols show up. There are up to 117,649 ways to win. The game offers an RTP of 96.68 percent which is pretty decent for any game.

The game has a wide set of symbols available. There are the low-value symbols that are the A, K, Q, J, 10 and 9 royals. For more valuable wins, players will have to score one of the four gems: blue, purple, red and green. Players can potentially get six times their stake with six gems in a combination. The game also has a gem that acts as a wild symbol. This only appears in the horizontal reel above the four middle reels.

As anyone who plays Megaways games knows, when a player wins, the winning symbols disappear and more fall down for a chance to cascade. Besides that, new symbols also show up. This means players can have more chances of winning. Lucky players can score four or more of the Mint scatters to trigger the Free Spins feature. Players can potentially get from 12 to 20 free spins. The gameplay is also very different during these free spins.

For one, whenever a player wins, the game increases its Unlimited Win Multiplier feature. Players can potentially keep on getting multipliers as long as they win. Players can also get more free spins with three scatters awarding four extra spins and every additional scatter giving three more. Besides that, it gives players gold bars.

Players who get 40 gold bars get an additional scatter symbol mixed in their spins, which can trigger the Heartstopper Enhanced Free Spins feature. This gives every win a 2x multiplier and keeps doubling it. This can mean a massive win in the long run. Overall, the game is fun and can pay out big money if you get lucky!

Hurray! There is a competition going between users of our site!
You have to do nothing, but browse out site, and win a daily prize. Click here to read more.
You current ranking:
Time Left: 3h 51m 57s