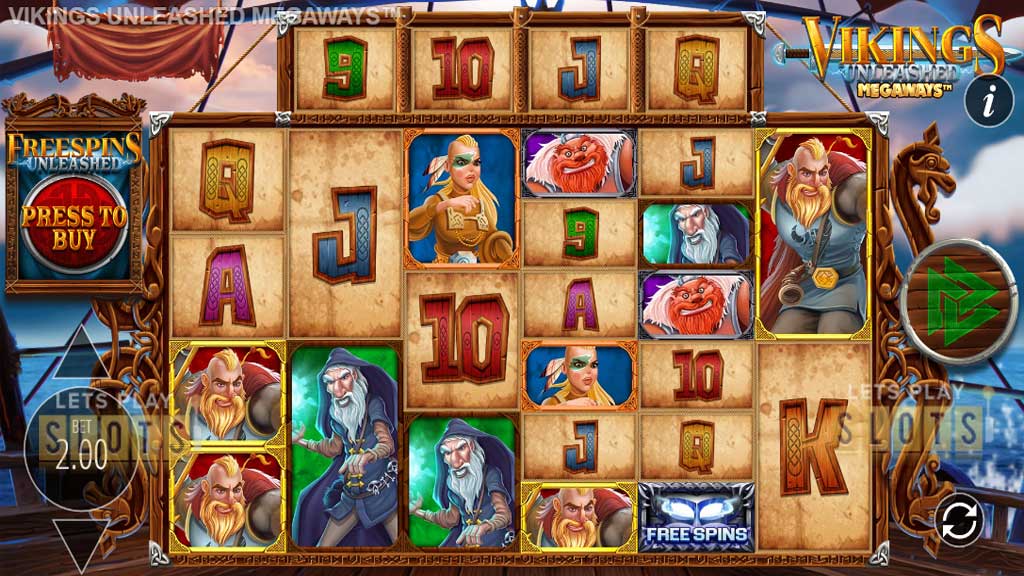 The Norse Vikings echo strongly in history. There have been books, movies, TV shows, and games about them. Blueprint Gaming recognizes the power they have on people’s collective imaginations and are adding another game to that list with “Vikings Unleashed MegaWays” slot. Players will soon be able to join the Norse and their plundering ways in this slot game.

Vikings Unleashed is a six reel, four-row slot game that has 117,649 paylines. That is an incredible amount of paylines. With a variable amount of wagers on each spin, players can go home with a big jackpot if they’re willing to take the chance. As one of Blueprint Gaming’s MegaWays titles, this game also features several hallmarks of the system.

For this game, players are playing on a Viking longship hoping to get winning combinations. The low-paying combinations are represented by the traditional card symbols of A to K but the more high-paying symbols are represented by fanciful Viking images. The most valuable one is the male Viking. Players will get 500 times their original stake if they get six in a row.

A fun feature about Viking Unleashed comes into play when players get a winning combination. This is when all the winning symbols are removed and the reels drop down. This gives players another chance at winning more combinations. Plus, besides the normal reels, there is a row on top of reels two to five. This row also spins and can potentially add to winning combinations. This is also the only row that will reveal Wild Symbols.

The Scatter symbol is in the form of the Viking Unleashed logo. Players who score four of these in a combination get 12 free spins. Every additional Scatter beyond that, players get awarded an additional five free spins. During these free spins, there’s a multiplier counter. Every win adds to the multiplier – potentially raising the jackpot incrementally after every win. Players can also gamble to add free spins during the bonus game.

Vikings Unleashed is a fun game that leverages the MegaWays system very well. Players will love the quick and exciting gameplay that this new slot game presents.

Hurray! There is a competition going between users of our site!
You have to do nothing, but browse out site, and win a daily prize. Click here to read more.
You current ranking:
Time Left: 4h 56m 51s