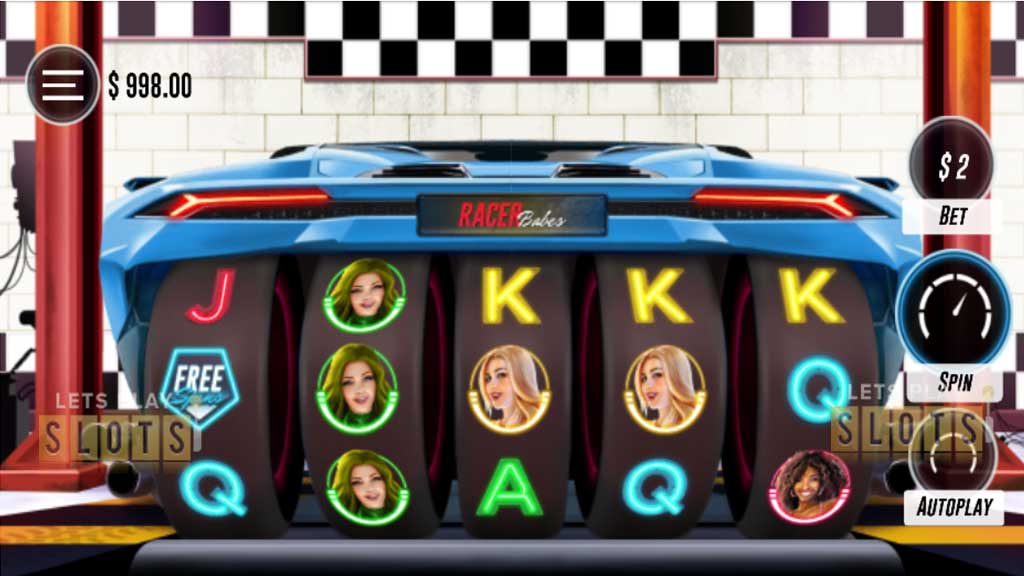 Can Get You Get The Better Of Woohoo Games “Racer Babes” 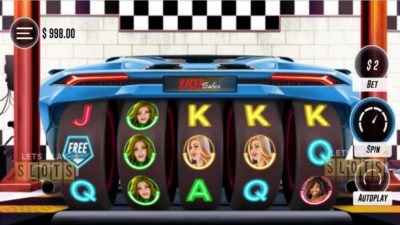 The allure of speeding down the highway with the pedal to the metal is incredible. A lot of men like the thrill and adrenaline rush that it brings to their hearts while some women like men who are willing to live on the edge.

This slot is called “Racer Babes” and players will be taken to a set similar to the sets of The Fast and The Furious movie series. They will not race alone though as they have some pretty racing ladies to compete with.

Racer Babes has fantastic graphics take the players to a thematic display. The game’s five reels are set on a fast car and they spin inside a garage.

The game features three rows and 20 paylines and give players plenty of chances to win.

The base game has an interesting set of symbols. The game has the card royals as the low-value symbols. But for those who want to win big, they will need to score one of the racer babes. Considering that players can bet a maximum of $200 on every spin, they can get a big win every time they score one of the girls. This game has an RTP of 95.87 percent.

The base game of Racer Babes is pretty good but for real fun, players will want to trigger some of the special features. For one, there are the expanding wilds. There are normal wild symbols in the game that can act as any symbol. This is the Wild Girls symbol but it does something special if it lands on the third reel. It suddenly locks into position and takes over the entire reel. The other four reels get a respin.

Woohoo Games has a winner with Racing Babes and players should spin the reels when it arrives at their favorite online casino.

Hurray! There is a competition going between users of our site!
You have to do nothing, but browse out site, and win a daily prize. Click here to read more.
You current ranking:
Time Left: 21h 18m 51s