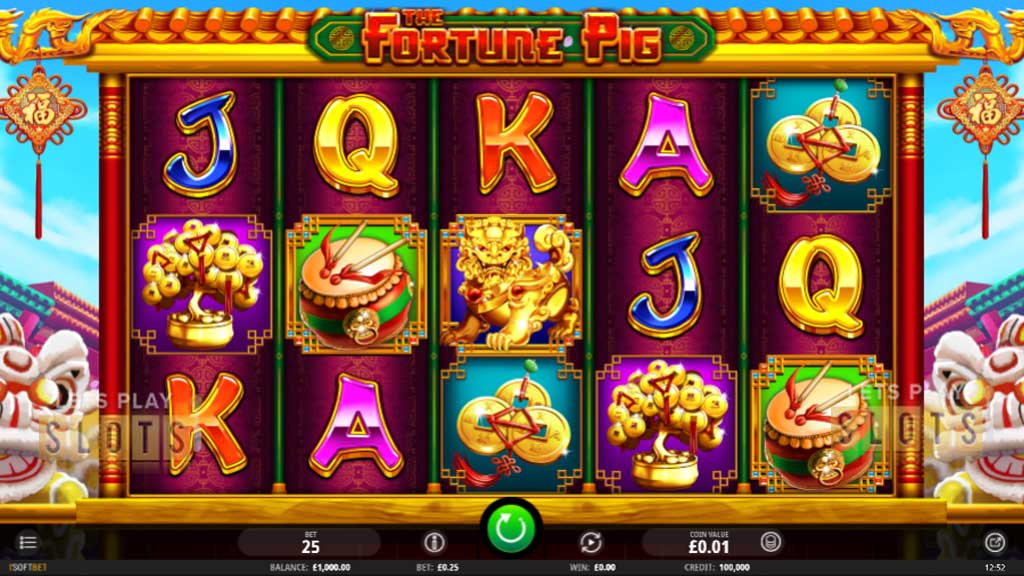 Celebrate Chinese New Year With ‘The Fortune Pig’ From iSoftBet

iSoftBet has decided to celebrate the year of the pig with its latest release ‘The Fortune Pig’. This is an impressive new slot game that features five reels and 25 paylines. Players will be able to play it on all devices and enjoy the Chinese New Year festivities anywhere they go. For those who want to win as they enter the Chinese New Year, this game is a nice opportunity to do so.

When players start this game up, they will be welcomed by the sight of a colourful Chinese pagoda flanked by lion dancers. The red and gold highlight the variety of colours and the music is appropriate in its theme. Besides looking good, this game delivers on the gameplay part of the equation.

The game requires players to get the standard matching symbols on the paylines to get their win. The familiar card symbols are present for the low-value wins. The high-value symbols are gold coins, a drum, a money tree, and a golden dragon. The dragon is the most valuable of the bunch and can give players 20 times their stake back if five of them are scored in a single payline.

The Fortune Pig makes its appearance as the game’s wild symbol. This means it will act like all other symbols except for the bonus symbol. The great thing about the Fortune Pig is that it appears as a stack, with three of the symbols on top of each other. This can result in a big win for those lucky enough to get them in their spins. Players who are lucky enough to get five Fortune Pigs in a payline will also get 20 times their original stake as a prize.

However, the real big prizes come when the Figure-8 dragon symbol shows up. This symbol only appears in the first, third, and fifth reel. When three of them show up, the Fortune Free Spins feature is activated. Players get eight free spins and the great thing about this feature is that a random number of reels can spin in-sync with each other. The result is a higher chance to get a winning combination.

There is also the red money bag symbol. Players who get five of these money bags will get three free respins, with some money bags having a direct cash value. If players get more money bags during their free spins, they can get additional spins.

Overall, The Fortune Pig is a nice game from iSoftBet to celebrate the Chinese New Year and gives players a decent chance at getting a nice win.

Hurray! There is a competition going between users of our site!
You have to do nothing, but browse out site, and win a daily prize. Click here to read more.
You current ranking:
Time Left: 8h 16m 42s