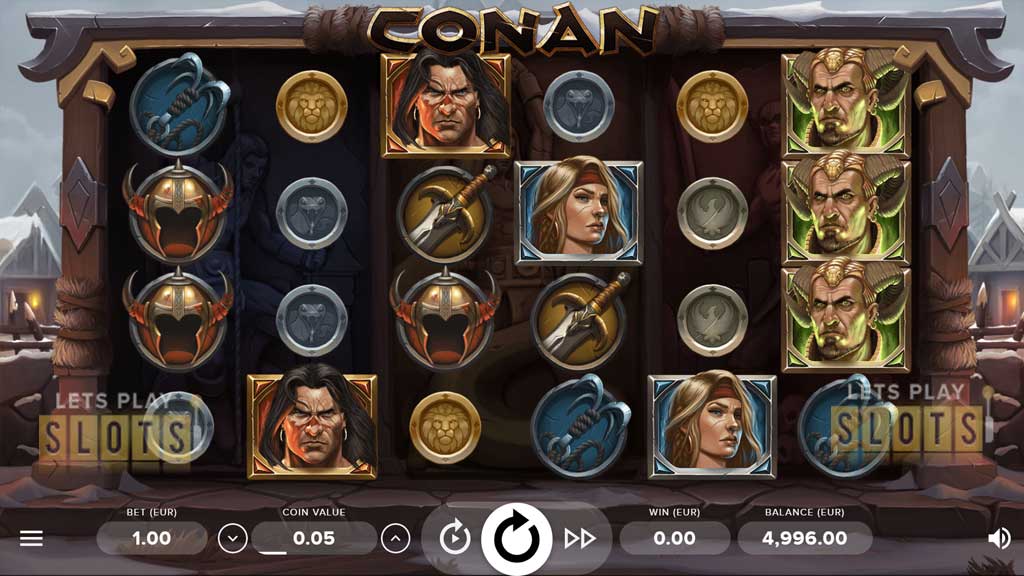 Conan the Barbarian Comes Back To Life With Net Entertainment 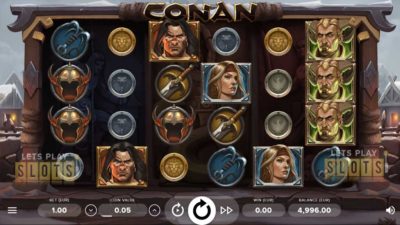 Players will be introduced to the game as Conan arrives at snow-capped mountain village. The game features six reels and 24 paylines. Every spin is a stab at adventure as the various symbols roll by. The goal of the game is to get winning combinations of symbols and there are a number of them to choose from.

Unlike other games, Conan features all original symbols. The low-value ones are the different coins with snake, lion, and falcon insignia. Then the more valuable ones include hooks, sword, helmets and some classic Conan characters. The most important symbol is Conan and players who get six of him on a payline will get six times their stake.

While the low value symbols provide interesting play, the higher value symbols are what players will be after. This slot game has a bewildering set of features that make the game unique and fun. For example, for every two reels, there are special features attached. For the first two, players can have the Tower Wilds symbols expand and take over the reels. They are wild symbols that act like all basic symbols for combination completion.

The middle two reels have the Mystery Symbols feature. This has a mystery symbol that appears and randomly changes into other symbols. Players who are lucky enough to get a full stack of these symbols will also get a multiplier if they get a winning combination. The last two reels have the Battle Wilds. When they appear, they act like a normal wild symbol. But they also expand sideways, taking up to three symbol positions.

Besides the different reel sections, the game has linked reels, with reel pairs having a chance at showing the same symbols. This increases the chances of winning. We must also point out that the game has three different free spins features. Players who get three or more scatters will have to choose between the City of Thieves Free Spins, Temple of the Serpent Free Spins, or Walls of Tarantia Free Spins. Each is connected to different sections and focuses on different variance levels.

Overall, Conan is a great game and will be sure to give players an enjoyable time!

Hurray! There is a competition going between users of our site!
You have to do nothing, but browse out site, and win a daily prize. Click here to read more.
You current ranking:
Time Left: 2h 28m 52s