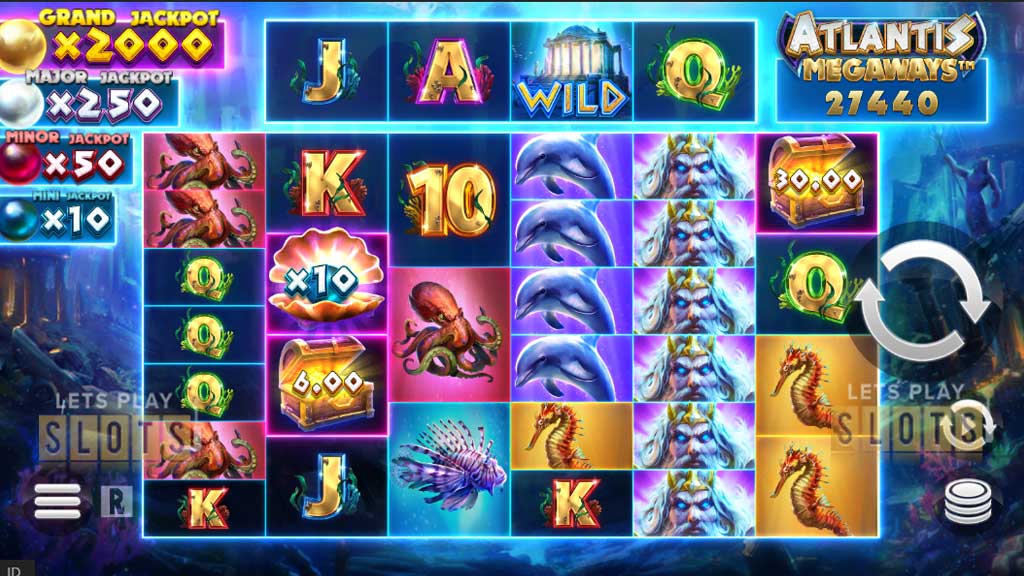 Discover The Secrets Of “Atlantis” In New Megaways Slot 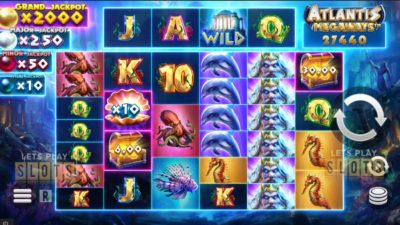 Atlantis is one of the world’s enduring myths. Stories of the sunken land have been around for centuries and people have been hunting for its treasures for a long time. Reelplay is now using it as the theme of its latest slot game called “Atlantis Megaways” which will be using the ever-popular Megaways game engine to deliver big jackpots and wins to players.

When players start this game up, they will be taken to the depths of the ocean to the ancient ruins of Atlantis. The theme is very evident in the game’s background and music.

The main game itself features six reels and 117,649 ways to win. It has a good number of paylines which raises the games RTP to a decent 96.06 percent. That is a pretty good mid-range RTP and gives players a decent chance of winning.

The basics of the game are the same as all other slot games that use the Megaways engine. The real draw in this new slot is the many special features that the game can boast about.

The first special feature that players will notice is that the game has cascade wins. Players who get a winning combination will see their winning set disappear and new symbols fall. This can start a chain reaction of wins that will continue as long as winning combinations are earned.

The other interesting feature of this game is its Pearl Jackpot Respins. Instead of the normal free spins that a player can get, they will receive the Pearl Jackpot Respins. The game has a glowing treasure chest that acts as the scatter. Players who see six of these scatters on the reels will trigger the respins.

The process starts by giving players three free respins. Players will reset it back to three if they get another treasure chest during those respins. During these respins, the scatters stay locked in position. The bonus will end with either the reels full of treasure chests or there are no more respins.

This is when all the scatters are tallied up. Each scatters has a corresponding value and there are even hidden jackpots inside them. Players can potentially score 2000x their original stake if they are lucky.

Overall, Atlantis Megaways is a fun time and worth a few spins when it arrives at your favourite online casino.

Hurray! There is a competition going between users of our site!
You have to do nothing, but browse out site, and win a daily prize. Click here to read more.
You current ranking:
Time Left: 2h 46m 40s