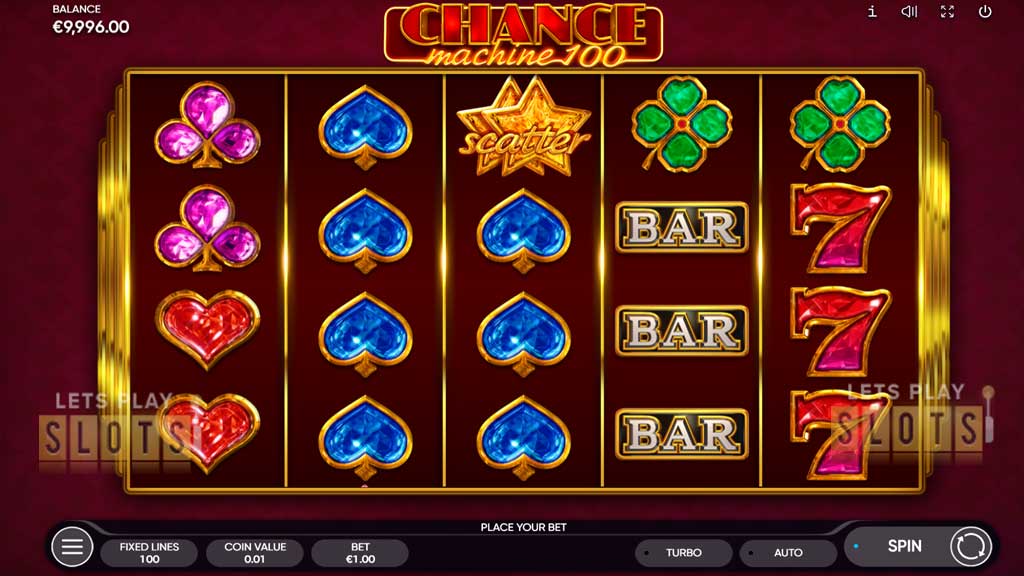 “Chance Machine 100” Is A Simple But Fun Slot From Endorphina 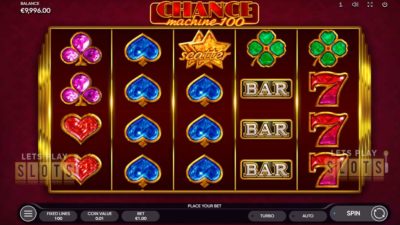 Players who want a simple slot game that focuses only on the basics should try the new slot from Endorphina.

The game is called “Chance Machine 100” and offers one a very basic gaming experience. Players will enjoy the simplicity of the game which is a nice change from the usual set of slot releases which have heavy themes and loads of special features.

Players who start this game will be presented with a very basic layout. There are five reels and four rows, with 100 paylines for people to win with.

The theme is pretty much gambling and the symbols should be familiar to all players.

The high value ones are golden stars, four-leaf clovers, the number seven, the golden bell and bar symbols. All of these symbols are the ones that you usually find in traditional slot machines. The low-value symbols are card suits but in rather fancy jewels.

Players can wager from 1 to 50 credits. Not exactly a high amount but should be enough to turn the wins into a good prize. The biggest reward for winning in this slot is 3000x the player’s stake. The RTP for the game is currently at 96 percent, which is a good enough reason to give this a few spins.

The game does make it a bit interesting with some special features. First, there is the crown symbol. It is this game’s Wild symbol. It only appears in the three middle reels and can expand to cover it. Players can get multiple wins thanks to the expansion.

Another special feature comes attached to the scatter symbols. There are two of them and have two different effects. First, there is the Silver Star. When players get three of them in a winning combination, they pay out 20x of a player’s stake. There is also the other scatter symbol, the two golden stars. Players need five of it to get 100x their stake. The great thing about the scatters is that they don’t have to be adjacent to count as a winning combination.

Finally, players can potentially double their winnings with the Risk Game. Players are offered this after they win. They then have to choose a card from four. The player wins if the card they get is higher than the card held by the dealer. Players then double their wins and try again. This can be done up to ten times.

Overall, the game offers players a simple but fun time!

Hurray! There is a competition going between users of our site!
You have to do nothing, but browse out site, and win a daily prize. Click here to read more.
You current ranking:
Time Left: 4h 51m 1s