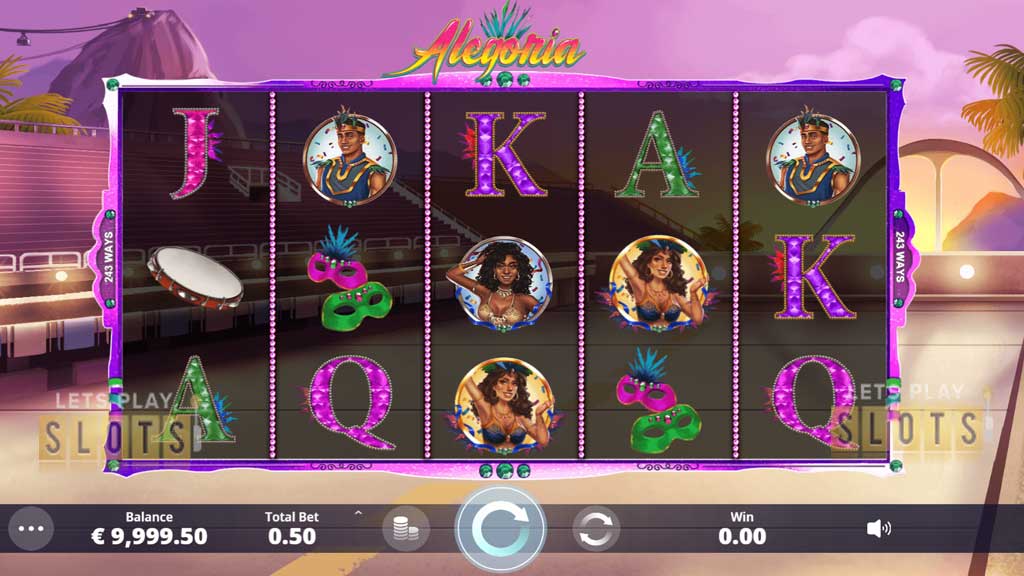 Enjoy The Carnival In Brazil With “Alegoria” From Ipanema Gaming 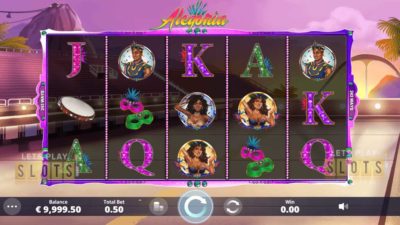 Brazil is a favorite tourist destination for a number of reasons. One of them is due to its popular Carnival. Ipanema Gaming has decided to take the Carnival theme and turn it into an online slot. Players looking to see what Brazil’s Carnival is all about can do so by playing “Alegoria“.

When players start this game, they will immediately recognize that this slot is about the Carnival in Brazil as the graphics make it clear. The developers have also added some great music that will get players into the mood to party and have fun. The stands are still empty though so players will have a chance to get the best positions and see the Carnival.

The game’s reel setup is a 5×3 grid. Instead of the normally limited paylines, players have 243 ways to win. Players will have a choice to wager from 0.20 credits to a maximum of 50 credits. This gives players flexibility to see whether they are feeling lucky that they or not. The game’s RTP is at 95.7 percent.

The symbols in the game are a mix of the familiar and the new. Players should know all about the card royals since they get featured in most slots. They are mostly here for their low value. For players who want to win big, they’ll want to get the more thematic symbols. This includes pandeiros, colorful masks and dancers. All of these reward players pretty well, with the best reward being 12x a player’s stake.

With the basic out the way, here is a look at the special features that the game has to offer. For one, the game has a wild symbol. It is there to allow players to get some easy wins. The game has it in the form of dual birds. When it shows up, it can substitute for any basic symbol. Additionally, when it shows up in the last three reels, it will appear as a stack. This can mean more wins.

When players get a win, two wild reels will show up on the next spin. They can be in reels two to four.

The game also has a free spins feature. Players who score three or more scatter symbols can get free spins. The minimum is 15 for three scatters. Five scatters will get 25 free spins, which is pretty good.

Overall, Alegoria is a fun little game that definitely deserves a few spins.

Hurray! There is a competition going between users of our site!
You have to do nothing, but browse out site, and win a daily prize. Click here to read more.
You current ranking:
Time Left: 2h 30m 31s