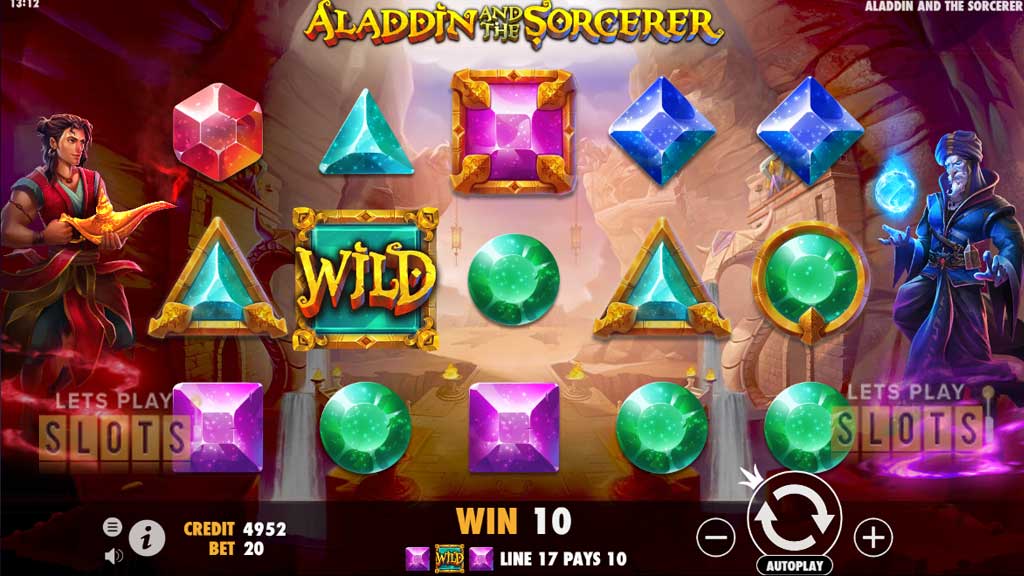 Enter The Cave of Wonders In “Aladdin and The Sorcerer” Slot 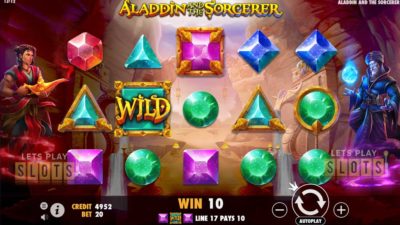 The story of Aladdin and the genie’s lamp is a classic that has been retold over the years in books, movies and games.

Pragmatic Play is the latest company to use the Aladdin theme to develop its new slot titled ‘Aladdin and the Sorcerer’. Players will be able to help Aladdin in his battle against the scheming Sorcerer.

Players will start the game in a cave of wonders. Pragmatic Play has done a pretty good with the graphics and players will enjoy the settings. The game itself features five reels and 20 paylines. Instead of the normal card symbols, players will be playing with 10 different gemstones.

The most valuable one is the ruby with gold edges. Players who score five of it in a combination will get 50 times their stake. This is the same prize that players get if they score a wild.

For this game, there are two wild types. One of them is Aladdin and the other is the Sorcerer. Aladdin appears only on the first reel while the sorcerer appears only on reel five. When a player lands either symbol, they randomly get up to six wild symbols on the reels. This can result in new payouts as the results are calculated again.

The game has a really interesting Respin feature. Instead of triggering due to a scatter symbol, players will activate the respin when both Aladdin and the Sorcerer appear on the same payline. This will give players a respin and then both reels one and five become fully wild.

The respins simulate a battle between the two. Whenever a player lands an Aladdin wild, they get more Aladdin wilds onscreen while damaging the Sorcerer. The same happens when the Sorcerer appears. The respins continue until either character loses all their life bars.

Players who defeat the sorcerer can move onto the second level. Players will keep all the wilds in play and they get three free spins. Each spin has its level of multiplier so players can potentially win big, a maximum of 3x being active.

The interesting theme, great graphics and entertaining gameplay will keep players engrossed from start to finish. The real draw is the high volatility as some of the spins can result in impressive results. The biggest win a player can make is 6,532 times their stake. This should be enough to slot lovers to give this game a spin or two.

Hurray! There is a competition going between users of our site!
You have to do nothing, but browse out site, and win a daily prize. Click here to read more.
You current ranking:
Time Left: 5h 17m 0s