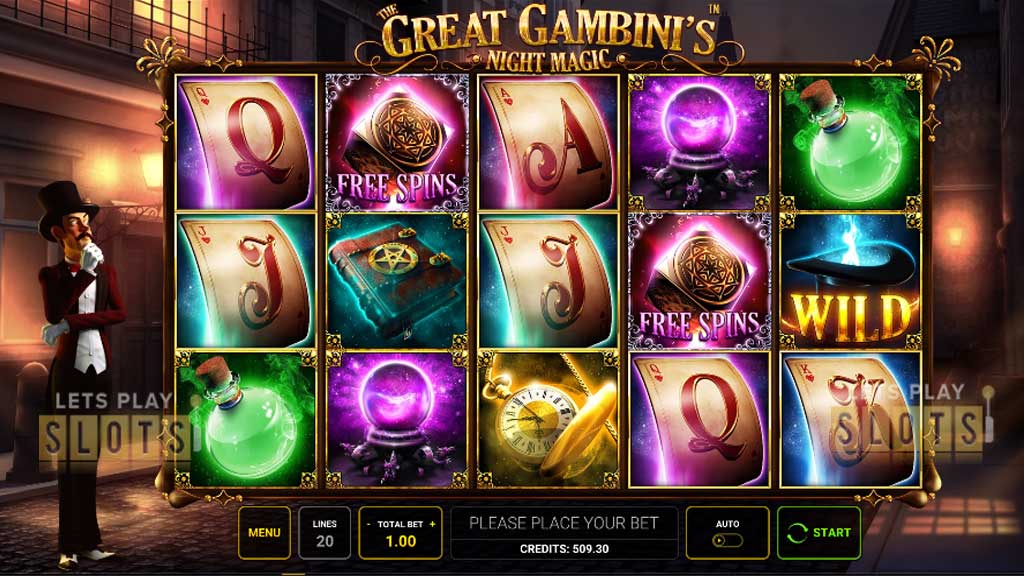 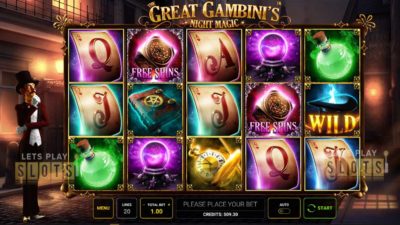 Novomatic is giving slot players a chance to experience a night of magic! The casino developer is all set to release the “Great Gambini’s Night Magic” slot game. Players will get to experience the magic of the Great Gambini as he shows off to the people while walking down the street at night.

Featuring top graphics and great audio from Novomatic, players will be able to enjoy this game and get the opportunity to win some large jackpots.

Great Gambini’s Night Magic features five reels and 20 paylines. Players will be seeking to get winning combinations and they will be able to do it on multiple platforms. The game features low-value card symbols.

Players will want to aim for high-value symbols like pocket watches, potion bottles, magic trick books, treasure chests, and crystal balls. The game also has a wild symbol in the form of a top hat. It acts like all other symbols except for the scatter. Players will get 25 times their stake if they get five in a payline.

However, players will love the random features that activate if they don’t get a win. One of the following features below will be randomly triggered.

The real jackpot though is to get the Free Spins feature. Players will activate this, if they get three or more Free Spins scatters anywhere on the reels. The most that people can get is 15 free spins. Additionally, each free spin will have a bonus attached to them

There is also the presence of the magic reel. This is the central reel and it is magical. Players who get a special symbol on the reel will have the symbol fully stack and cover the entire reel. It will also be duplicated to reels one and two or reels four and five. If a player is really lucky, the Great Gambini will appear and give them more free spins.

Overall, this game is pretty interesting and should be a new and rewarding experience for slot lovers.

Hurray! There is a competition going between users of our site!
You have to do nothing, but browse out site, and win a daily prize. Click here to read more.
You current ranking:
Time Left: 23m 20s
Gambling is for 18+ though some countries may have other restrictions...Remember you should always Gamble Responsibly
We use cookies to ensure that we give you the best experience on our website. If you continue to use this site you agree to allow us to use cookies, in accordance with our Terms & Conditions.Agree & Close