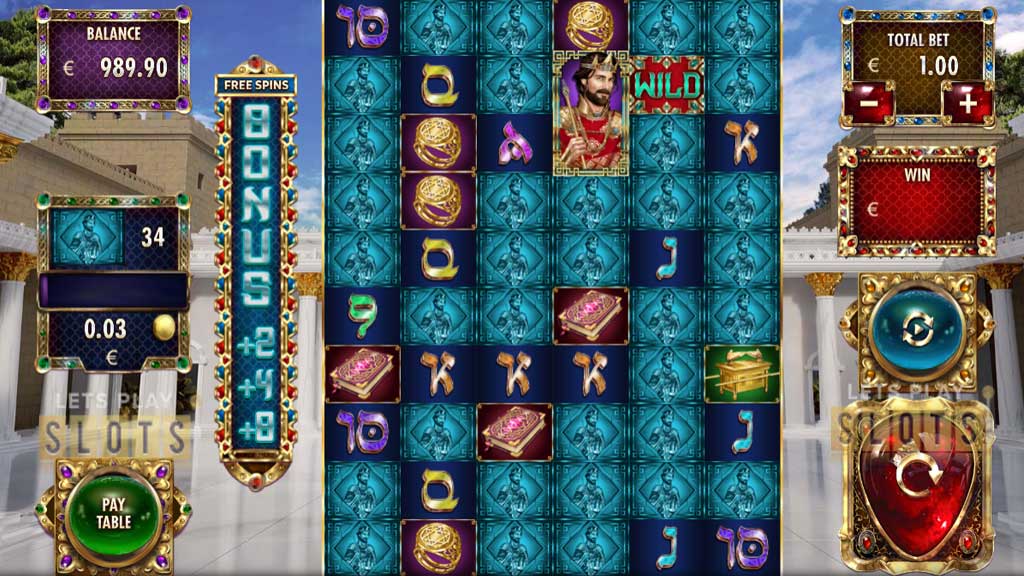 Experience The Reign Of Israel’s “Solomon: The King” 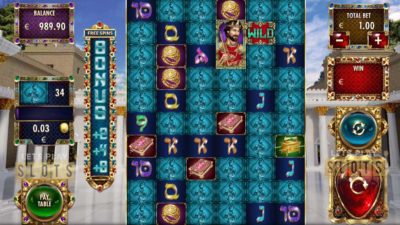 King Solomon is one of the most famous kings in the bible and a man who was known for his wisdom both near and far.

The era of King Solomon is famous as it was when Israel was at the height of its powers. Red Rake Gaming is taking players to this era and allowing them to experience the magnificence of his reign.

When players start this game, they are taken to a magnificent white palace decorated with gold and gems. This is where the action happens. Players then see six reels with 10 rows. This is an impressive amount of rows since usually slot games only have three.

The great thing about it is the game has one million paylines. That sounds incredible but the game makes it works. The game boasts a modest 95.3 percent RTP despite the many paylines.

You will find the basic card symbols which are the low-value symbols. There are also the fancier symbols that include the King himself. There are also wild and bonus symbols. But what you will notice is that there are many non-winning spaces. These are filled up with blue marble.

Players have access to a couple of winning features. For one, there is Solomon’s Justice. This is what happens when the blue progress bar is filled up. It will take a lot of losing spins though. The bonus is impressive though.

The game moves into a new play grid with seven reels and five rows. Players are then rewarded with three free spins. The main goal is to keep on spinning, with every time players hit a Solomon symbol resetting the free spin count back to three.

Besides that, players who win will have a chance to fill up the bonus bar. Every winning spin will add one to it. All winning symbols then disappear and new symbols cascade down. If players keep on winning from the cascades, they can potentially fill up the bonus bar and get rewarded with eight free spins. These will have bonus multipliers that can have players winning 20,000 times their stake.

Overall, this is a fun game from Red Rake Gaming but a bit confusing at first. Players should try it once and see if it something they like.

Hurray! There is a competition going between users of our site!
You have to do nothing, but browse out site, and win a daily prize. Click here to read more.
You current ranking:
Time Left: 13h 44m 46s
Gambling is for 18+ though some countries may have other restrictions...Remember you should always Gamble Responsibly
We use cookies to ensure that we give you the best experience on our website. If you continue to use this site you agree to allow us to use cookies, in accordance with our Terms & Conditions.Agree & Close