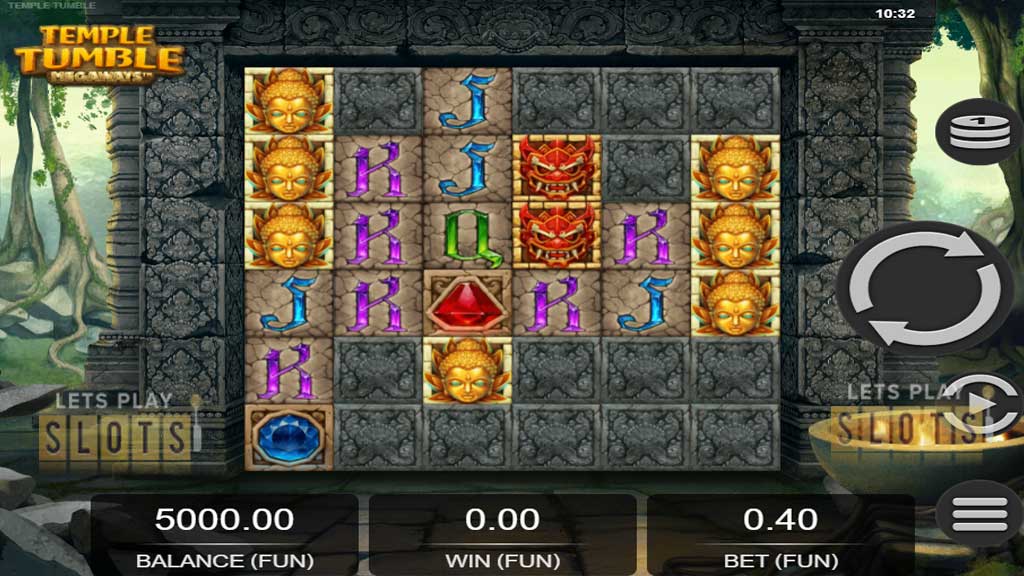 The Aztecs were legendary warriors who left behind a lot of ruins when their empire fell. Relax Gaming has just released a new slot that takes players to those ruins and gives them the opportunity to explore them for treasure. Using the Megaways game engine from Big Time Gaming, the new “Temple Tumble Megaways” game will deliver a fun experience for those who spin its reels.

The game is played on a six by six grid, which gives players something new to consider. There are also a ton of stone blocks mixed in with the normal symbols. These are cracked open after every win, opening up more options. All a player needs to do to win is score at least three symbols on adjacent reels.

The four low-paying symbols are the card symbols. There are also high-paying symbols such as totem poles and burial masks. The golden mask is the most valuable symbol. There is also a wild symbol that will act like all other symbols. This is important since it makes getting a win much easier.

When it is fully revealed, there are 46,656 ways for a player to win. That’s a pretty impressive compared to the paylines of other games on the market.

The real goal of the game is to destroy all the stone blocks on the screen. When that happens, the Free Spins feature is activated. Players will start up again but they will get six free spins and their choice of bonuses.

It is up to the players to decide whether they want to play it safe or take a risk and go with the multipliers.  Overall, Temple Tumble is an interesting game for Relax Gaming for those looking for something unique in their online casino experience.

Hurray! There is a competition going between users of our site!
You have to do nothing, but browse out site, and win a daily prize. Click here to read more.
You current ranking:
Time Left: 22h 26m 50s
Gambling is for 18+ though some countries may have other restrictions...Remember you should always Gamble Responsibly
We use cookies to ensure that we give you the best experience on our website. If you continue to use this site you agree to allow us to use cookies, in accordance with our Terms & Conditions.Agree & Close