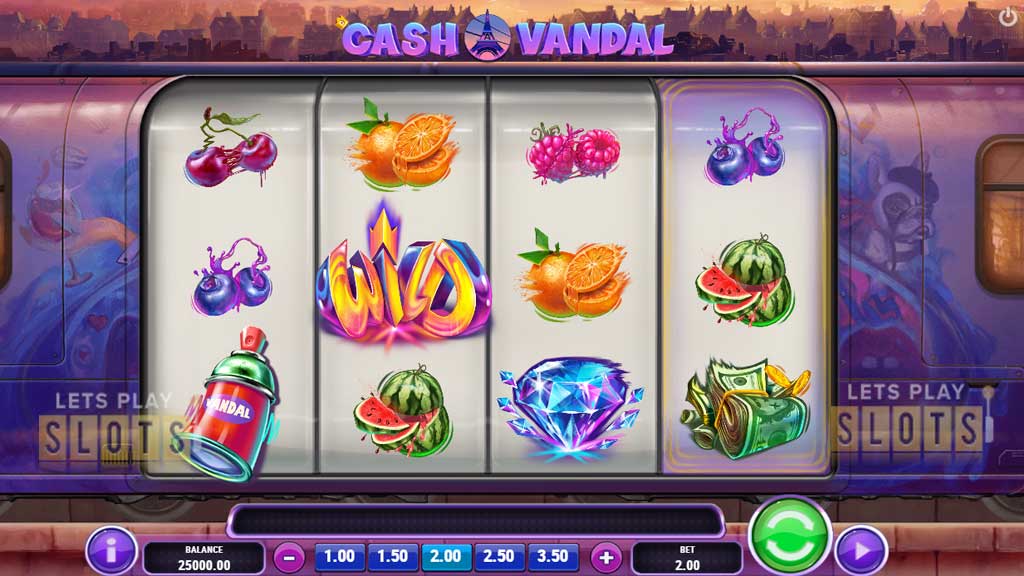 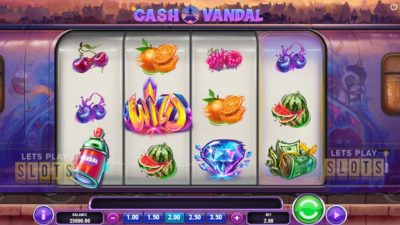 Play’n GO is taking people places with their latest slot offering called ‘Cash Vandal’. The game takes players to London, Paris, and Berlin to explore the world of graffiti. The game’s impressive graphics and audio are a breath of fresh air. It also helps that the gameplay is extremely volatile and lucrative.

The game features four reels and 10 paylines. That sounds rather straightforward but the game’s volatility increases through a number of extra features. For the basics, the game has fruits as its low-value symbols. For its high-value symbols, the game has cash and diamonds. The diamonds are the most valuable symbol in the game, with four such symbols giving players 10 times their original stake.

However, the true star of the show is the wild symbol. It acts like all the other symbols and makes it easy to score winning combinations. It is also very rewarding as getting four of the symbol will provide players with 50 times their original stake. The only symbol a wild cannot replace is a scatter, which is needed for the bonus game.

The golden spray can is the scatter symbol and is mainly activated to give players a free respin. When a golden spray can lands on reel four, the other reels will spin again. If players are lucky enough, they will get another golden spay can to activate the City Feature.

The City feature is one of the game’s interesting bonuses. Players will have to choose to go to either Paris, Berlin, or London. Each city has an interesting bonus. Paris gives players a massive 2×2 Mega Symbol on two reels. London randomly adds mystery symbols to a spin. When the reels stop, these symbols all change into the same symbol. Finally, Berlin adds more wilds to the reels.

The scatter also activates the Free Spin feature when there are at least three scatters in play. Players can get up to ten free spins with the fourth reel being a permanent wild. Combined with the City feature, players can win big, especially because the slot game keeps giving away free spins. Lucky players can get 5,000 times their stake on each spin.

Overall, the Cash Vandal slot is an excellent game that will take players on a graffiti adventure!

Hurray! There is a competition going between users of our site!
You have to do nothing, but browse out site, and win a daily prize. Click here to read more.
You current ranking:
Time Left: 4h 46m 26s