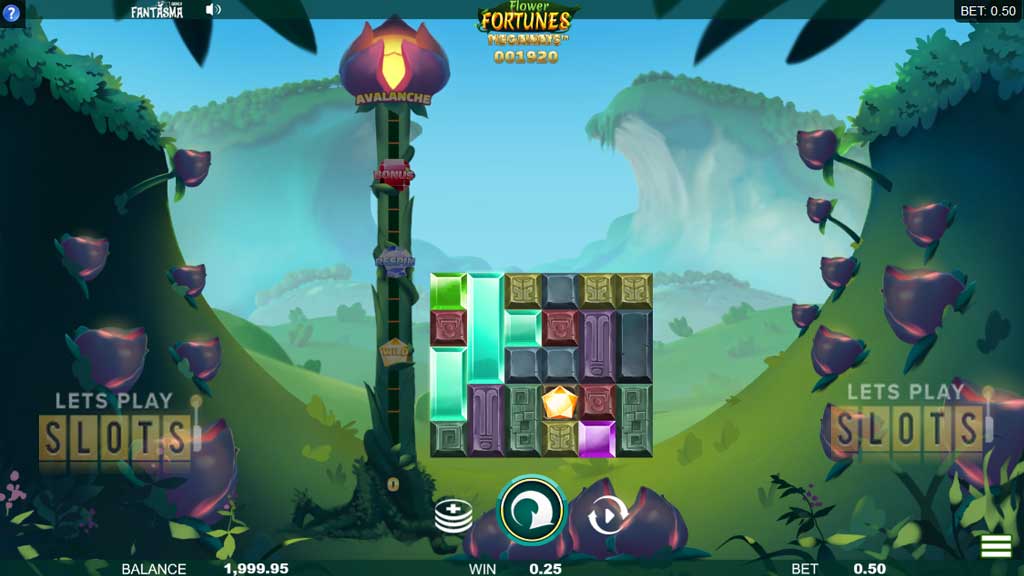 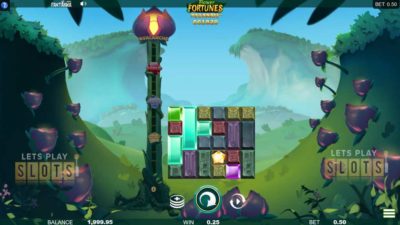 A collaboration between Fantasma Games and Microgaming has resulted in the new ‘Flower Fortunes Megaways‘ slot.

Played across green hills and flower-filled plains, the new slot is an impressive game which uses the legendary Megaways engine to deliver a great gaming experience.

This game comes across like a casual video game at first glance. This is mostly because of the different coloured blocks that make up the basic symbols of the game.

Players will get ten times their stake if they get six of the most valuable symbol on a winning combination. Thanks to the Megaways engine, symbols can vary in sizes and there can be a different number of symbols on each reel. There are also wild symbols that can make it easier to win.

However, what players should be aiming to get are the leaves or energy orbs that appear on the reels. Every time these symbols are scored as part of a winning combination, there is a level bar that goes up. Pass a certain amount and special extras can be activated. The first bonus that players can get is when it reaches level two. This is when the Expanding Wilds feature is activated.

The Expanding Wilds feature expands any wild that appears to the full reel. Besides making it easier to win, there are multipliers attached to them. Players can get a multiplier up to 9x. The next feature to appear is the Scatter Respin feature when level three is reached. This is when special respin symbols start appearing. Every time one appears, players get one respin. On each respin, up to 20 symbols are replaced.

When level four is reached, the Bonus Game feature is activated. Bonus Game symbols are added to the reels and when three are scored, they turn into flowers. Players are then given a chance to randomly pick a reward.

The highest reward though is the Avalanche feature which is reached at level five. When a winning combination is scored, the symbols are removed and more symbols drop down. This can result in more wins as new symbols as introduced.

Overall, this is a fun little game that players will enjoy due to the exciting gameplay and special bonuses. Players should try it out when it comes to their favourite online casino!

Hurray! There is a competition going between users of our site!
You have to do nothing, but browse out site, and win a daily prize. Click here to read more.
You current ranking:
Time Left: 6h 18m 58s