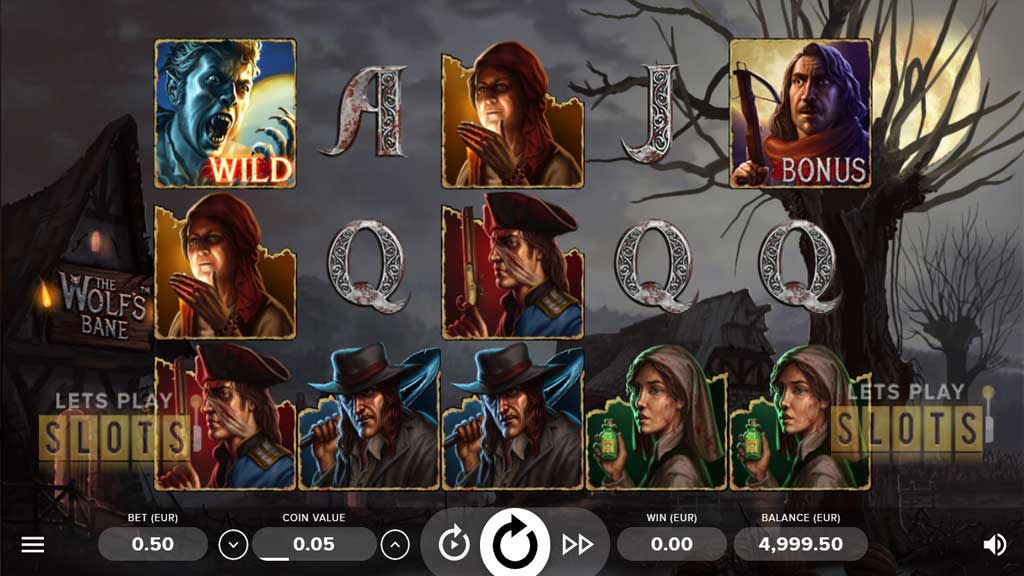 Get Ready For Halloween With Horror Themed Slot “The Wolfs Bane” Slot developers hit the market every year with a number of horror slots in order to spice things up for Halloween.

NetEnt also followed the trend this year and released ‘The Wolfs Bane’. In this slot game, players are taken to a medieval village that is being ravaged by werewolves and they are given the task of stopping them.

This new game from NetEnt has excellent graphics which makes the setting very intriguing. The soundtrack and the full moon in the background adds to the spooky feel. Players will also appreciate the simplicity of the game. It features five reels and three rows, with 10 paylines to win.

The game has the A, K, Q, and 9 card suits are covered in blood. These are the low-value symbols. Players who want to win big would want the more valuable character symbols. These include nurses, clairvoyants, gravediggers and soldiers. The soldier is the most valuable. Players who get five of him on a payline will get 50 times their stake.

The game also has a man who transforms into a werewolf. He acts as the wild symbol and substitutes for all other symbols except the scatter. This will help players get a win.

Howl At the Moon

The game features a special Pick and Click feature. Players trigger this when they get the crossbow-wielding man symbol. It has to land on three reels for the special feature trigger. Players then choose one of the symbols to get a cash bonus. This can be as large as 50 times their stake.

Players can also get free spins during this game. This happens when a players scores at least three of the werewolf/full moon scatters. Players can get up to 30 free spins. During these free spins, the game gives players special wild symbols. They can range from regular wild symbols to the more exotic wilds. They can take over a reel, change an entire row, or even add a multiplier to the win. The game also randomly selects a wild to change into different types. Players can win more free spins up to a limit of 60 free spins.

Overall, the game is a pretty basic one compared to some of the other offerings from NetEnt. However, this is all the more reason why players should try out The Wolfs Bane and see if they can come out on the winning side!

Hurray! There is a competition going between users of our site!
You have to do nothing, but browse out site, and win a daily prize. Click here to read more.
You current ranking:
Time Left: 3h 33m 35s
Gambling is for 18+ though some countries may have other restrictions...Remember you should always Gamble Responsibly
We use cookies to ensure that we give you the best experience on our website. If you continue to use this site you agree to allow us to use cookies, in accordance with our Terms & Conditions.Agree & Close