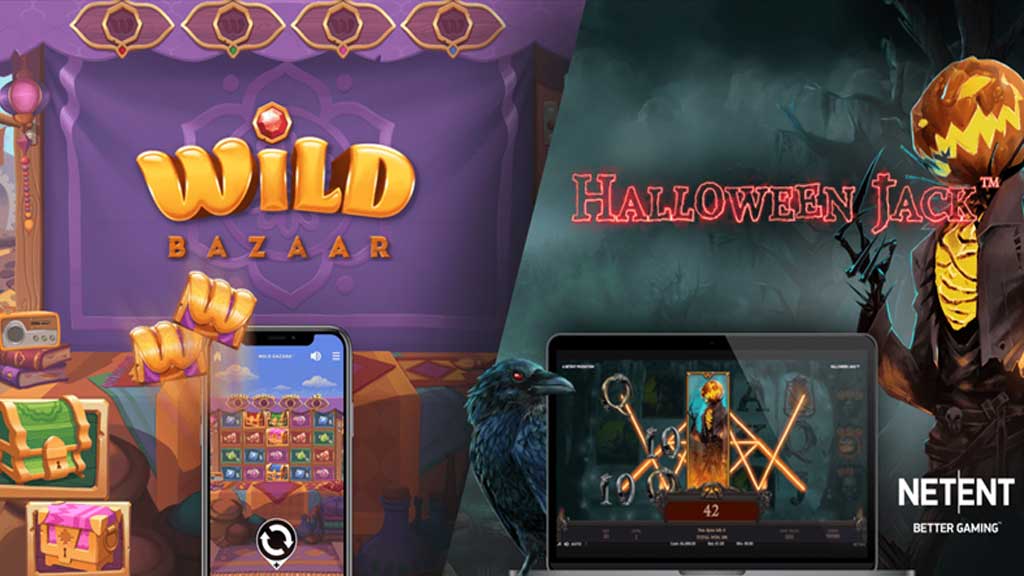 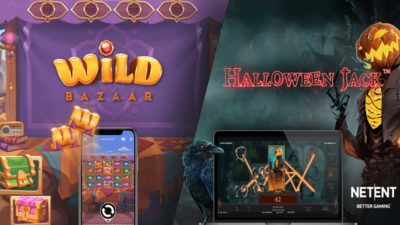 Net Entertainment has a reputation for developing some of the most entertaining and fun slot games in the market.

For Halloween, NetEnt has decided to launch two new games. The first is the Halloween-themed title called ‘Halloween Jack’ and the second is the Arabian-themed ‘Wild Bazaar‘ slot.

Halloween Jack is a horror-themed game that is going to be a fun experience for anyone playing. The game is set in a crypt decorated with Jack O Lanterns. As for gameplay, it is the standard five reel game. It features 20 pay lines and should provide players with a good challenge.

The game continues the theme when it comes to the symbols that it uses. It has the basic card symbols decorated by zombie hands. The more high-value symbols are horseshoes, ravens, bats, and a black horse. The highest paying symbol is the white-eyed woman and scoring five on a single pay line will get a player 50 times his stake. The real highlights of Halloween Jack are its bonuses. For one, there is the Walking Wild feature. When a Jack O Lantern wild is scored, players receive a respin and move the wild one reel to the left. Players who win with this feature triple their win. The great thing about it is that the respins continue until the wild completely leaves the reels.

Another special is the Jack ‘o' Lector feature. During a game, players can earn oil lanterns. If they reach five, this feature is triggered and more Wilds are added to the reels. Six lanterns will add even more wilds. Nine lanterns will get players expanding wilds. This can combine with the Walking Wild feature to earn players massive wins.

For a less spooky option, players can play an Arabian adventure with Wild Bazaar. In this game, players are visitors to a Middle Eastern market, hoping to score treasures. The symbols are consistent with the theme, with a lot of trinkets and treasure chests.

With five reels and 26 fixed pay lines, players will enjoy this simple no-frills slot game. Compatible with multiple devices, this game can be played on the move as well. The big bonus of the game is activated by scoring one of the four available treasure chests.

Each treasure chest will reward players with a chance to play with various wild symbol positions. This can make it easier to win – plus, they give a 2x multiplier on the win. Players can walk away with 390 times their initial stake.

Hurray! There is a competition going between users of our site!
You have to do nothing, but browse out site, and win a daily prize. Click here to read more.
You current ranking:
Time Left: 9h 44m 5s