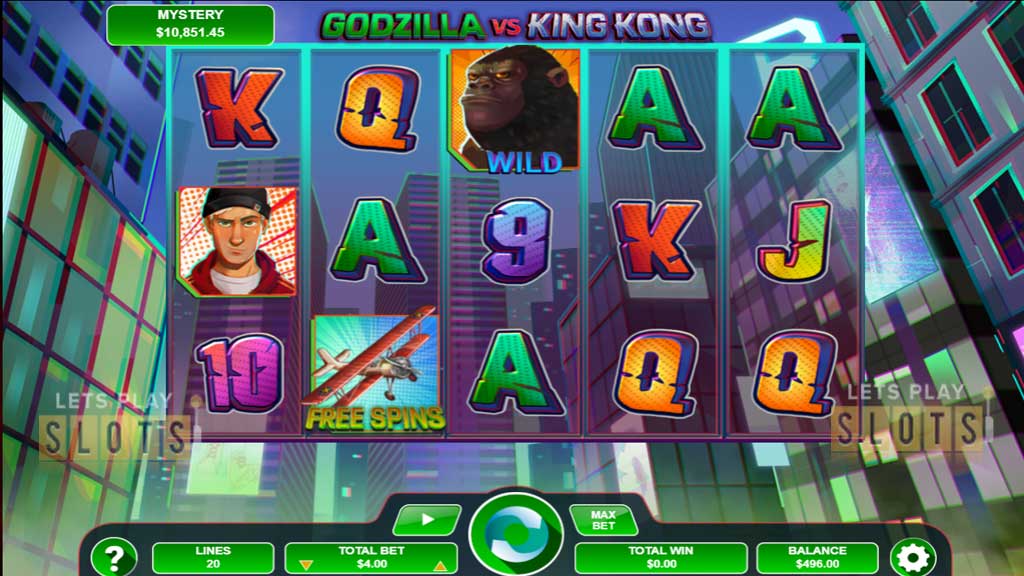 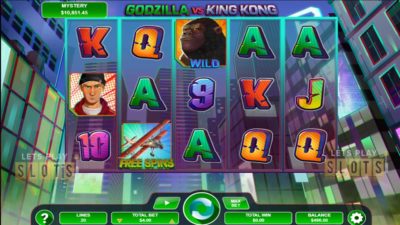 The two big names when it comes to movie monsters are King Kong and Godzilla. These two monsters have their hit movies and millions of fans who love their characters across the world. Fans have always wondered what would happen if King Kong and Godzilla engage in battle. Now, Arrow’s Edge is looking to answer the question in their new slot titled “Godzilla vs. King Kong“.

The game has a very obvious theme as players are greeted by the wreck of the city around them. The job for the player is to rescue the many civilians that are in the middle of the battle. The graphics and the music are sure to immerse players into the theme and make the game even better. Players will be playing on a five-reel grid with 20 paylines so there is a decent chance of winning.

The game has a good mix of symbols. There are the card royals for the low-value symbols. For the higher value symbols, there are various civilians from the reporter to the doctor. Players will want to score the doctor since with five of him, players get 1000x their stake.

Then there are three special symbols. King Kong acts as the game’s wild while Godzilla is part of the bonuses. There is also the airplane which is part of the free spins feature.

The game has some added features beyond the basics. For one, when players rescue citizens, they provide random multipliers. The maximum is a 6x multiplier for any winning combination.

Players will want to score at least three airplane symbols. This will trigger the free spins. Players get up to 12 free spins which can be a big thing considering the rescue feature. Players will also be able to trigger the special features of the two monsters. For one, King Kong will become a sticky wild and stay in place until all the spins are gone.

Finally, if players land two Godzilla bonus symbols, the Duel Bonus feature begins. There will be five rounds and players have to beat King Kong five times to get the big jackpot. If players get beaten they will have a consolation prize which is not as big as the jackpot.

So if you are wondering how the battle between Godzilla and King Kong plays out, give this new slot a couple of spins and see if you walk away with a nice payout!

Hurray! There is a competition going between users of our site!
You have to do nothing, but browse out site, and win a daily prize. Click here to read more.
You current ranking:
Time Left: 56m 3s