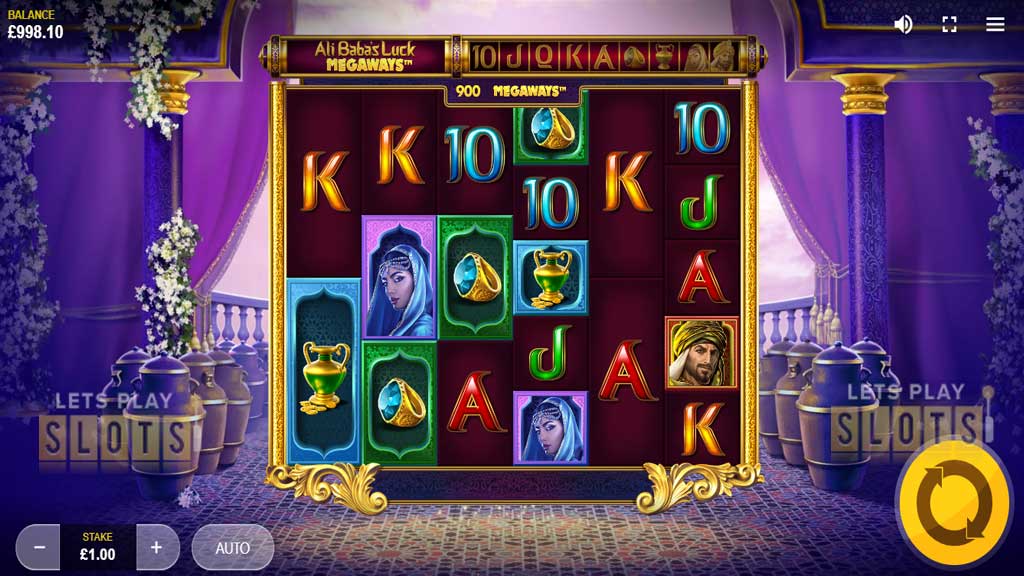 Go Back In Time With “Ali Baba’s Luck Megaways” 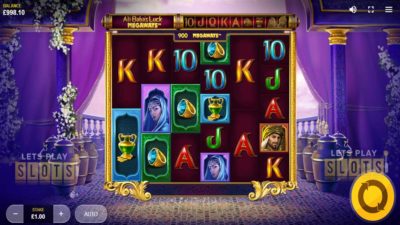 The Ali Baba story continues to live on through movies, comics and slot games. Max Win Gaming has come out with a new slot titled “Ali Baba’s Luck Megaways“.

This game is an improved version from Red Tiger Gaming’s “Ali Baba’s Luck“.

The new game adds the Megaways factor to it and gives players a much better chance of winning. The developers have done a great job with the graphics and the soundtrack will get you into the mood for adventure.

If you played the original Ali Baba’s Luck slot, you will immediately see a number of familiarities in the new slot, especially with the style and background music.

The big difference is that the view is much larger and allows players to see even more of the background.

Players are presented with six reels to play with. There are no standard rows but the game does assign several symbols per reel. They start from two and go up to five symbols per reel. Since it is Megaways, they change in number due to wins. The result is that players can have from 64 to 15625 ways to win.

The game has a pretty wide betting range. Players can wager from $0.10 up to $2,000, which is great for high rollers. However, do note that the game has a rather low RTP of 95.05 percent.

When it comes to symbols, the card royals are the low paying symbols while the higher paying symbols come in the form of treasures, Ali Baba and his servant. The most valuable of them is Ali Baba, which pays out 25x.

The game has several special features that make it a bit more enjoyable than the original. First, there are the expanding symbols. A random symbol is chosen and it can expand to take over an entire reel, which increases a player’s chances of winning. The choice of expanding symbol is displayed on top of the reels. When a symbol wins, the next time the symbol appears, it will be in gold and expand.

The game also has a Scatter symbol. Players can score three of them and trigger a Lucky Round. This is a free spins round that has extra features. First, the game will spin a wheel that will give players up to 16 extra spins. If the player scores another set of scatters, they will get four extra spins. During this bonus round, golden symbols will stay that way for the entire round.

Go ahead and give Ali Baba’s Luck Megaways a few spins today.

Hurray! There is a competition going between users of our site!
You have to do nothing, but browse out site, and win a daily prize. Click here to read more.
You current ranking:
Time Left: 1h 36m 31s