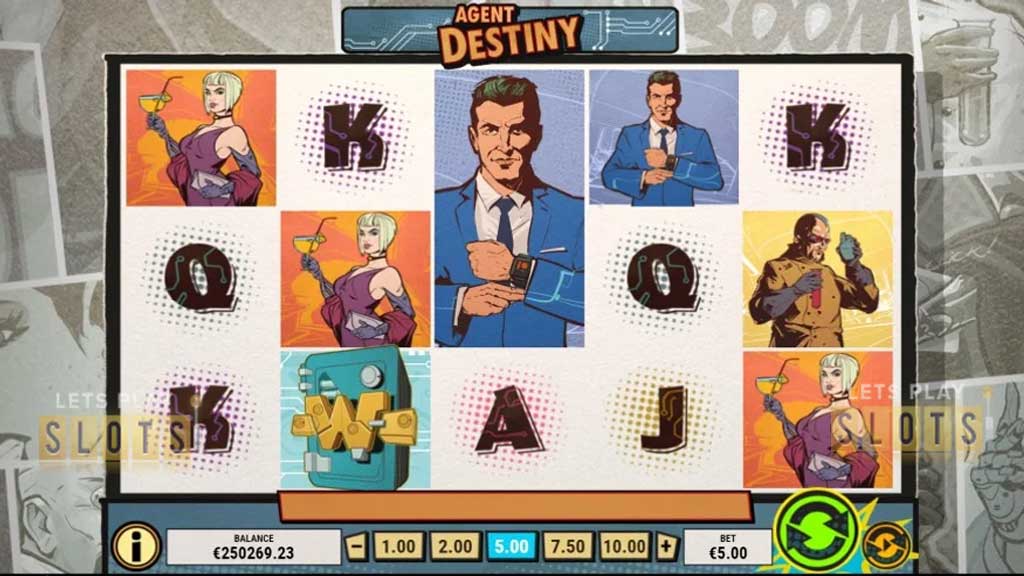 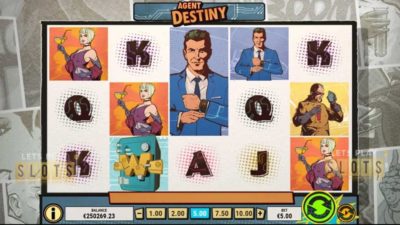 The movies that made headlines in the 60s were mostly spy movies. Whether it was James Bond or any of his imitators, these spy movies were a big favorite. People still love spy movies which is why Play’n GO decided to come out with a new slot based on a spy theme. Their new game takes players to the 60s for some spy action as they help out “Agent Destiny“.

For fans of Archer, the animated spy series, Agent Destiny looks a bit familiar. With cartoon stylings, the game takes players back to the 1960s and let them engage with some interesting retro technology. When players start this game, they will be presented with comic book backgrounds and a grid that features comic book graphics.

Players will be playing on five reels and three rows. There are 20 paylines and eight symbols. Four of them are the card royals which are the low-value symbols. Players will want to score more valuable character symbols. These are Agent Green, Agent Blue, a scientist and Agent Destiny. Players can get pretty lucky and get 15 times their stake from these symbols alone.

For players who want to get into the big prizes, the game also offers some great special features. There is the Wild Safe symbol which substitutes for all symbols except for the scatter. The game allows for it and other symbols to appear as Mega Symbols, which are larger than normal. Players would be able to win much more easily with it appearing. The Wild Safe also helps players who want to score big since it is the most valuable single symbol in the game. With five of it on a payline, players will get 60 times their stake.

Next, the game has the linked reels feature. This is triggered randomly. What happens is that adjacent reels start having the same results. When this happens, a respin is awarded to the player. The reels then move from right to left. This gives players more symbols.

If you want to get into detective mode or see what the 60s looked like, do give this slot a few spins!

Hurray! There is a competition going between users of our site!
You have to do nothing, but browse out site, and win a daily prize. Click here to read more.
You current ranking:
Time Left: 16h 55m 51s