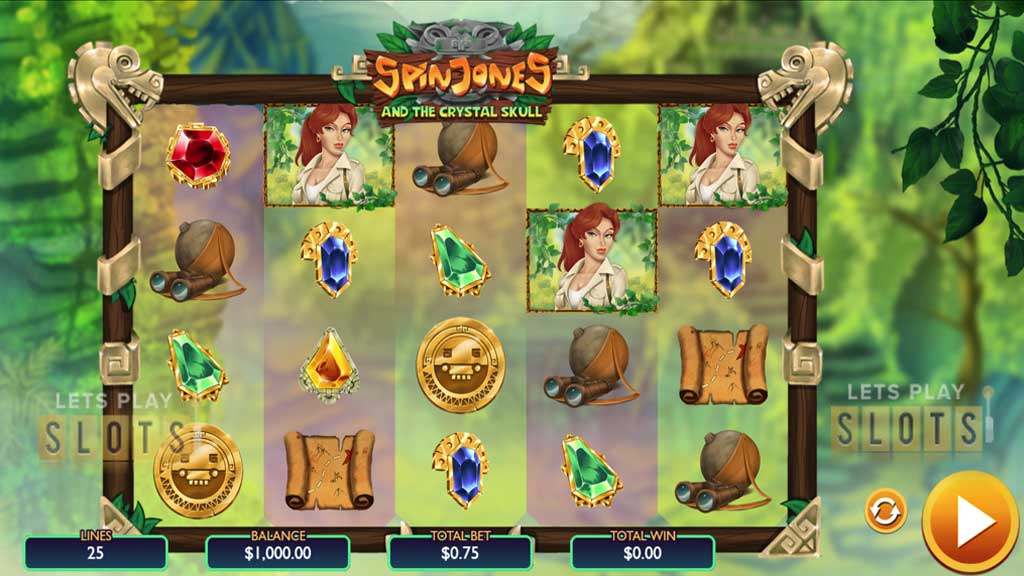 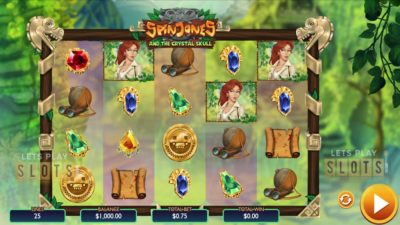 The younger generation may not be fully aware of the Indiana Jones movies but those born in the 80s and 90s will be very aware of Indiana Jones who was played by Harrison Ford.

Well, Vibra Gaming is offering a slot game alternative with their newest game “Spin Jones and The Crystal Skull“.

An obvious play on the latest Indiana Jones movie “Indiana Jones and the Kingdom of the Crystal Skull“, players are taken to a South American jungle so that they might find some Incan artifacts in the jungle ruins. The developers did a good job with the graphics an adventurous soundtrack completes this game.

When it comes to gameplay, players are presented with a grid of five reels and four rows. Both sides of it have weirdly out-of-place dragon figures. The grid itself is full of various symbols that will help players score big. The game has 25 fixed paylines which is a decent amount. But the low RTP of 95.27 percent holds the game back a bit.

Another difficulty for this game is that it has a limited betting range. It starts at $0.25 then it goes up to $2.50. That is a paltry amount compared to other games. No high rollers will be playing Spin Jones any time soon. It also doesn’t help that the game’s maximum jackpot is just $20.

Players are presented with an interesting set of symbols. There are various precious stones for the low-value wins. This is followed by various adventuring tools: a map, a coin, binoculars and a female explorer. The woman is the highest paying symbol of the set. Players who score five of her will be able to get 200x their stake.

The game also boasts several special symbols. First, there is Wild Spin Jones. He acts as a wild and substitutes for any symbol. He also triggers a special feature: he randomly changes up to three symbols into higher paying symbols. During the free spins, these will become sticky symbols and stay in place.

Next, there are bird symbols. Three of these will activate the free spins which can end up paying out a random amount. During these spins, the Crystal Skull will show up and act as a Wild symbol, while also shifting locations after every spin. Finally, the priest symbol can appear during the free spins to reset the location of the Crystal Skull so that players can get more use out of it.

Go ahead and give Spin Jones and the Crystal Skull a few spins.

Hurray! There is a competition going between users of our site!
You have to do nothing, but browse out site, and win a daily prize. Click here to read more.
You current ranking:
Time Left: 13h 19m 11s
Gambling is for 18+ though some countries may have other restrictions...Remember you should always Gamble Responsibly
We use cookies to ensure that we give you the best experience on our website. If you continue to use this site you agree to allow us to use cookies, in accordance with our Terms & Conditions.Agree & Close