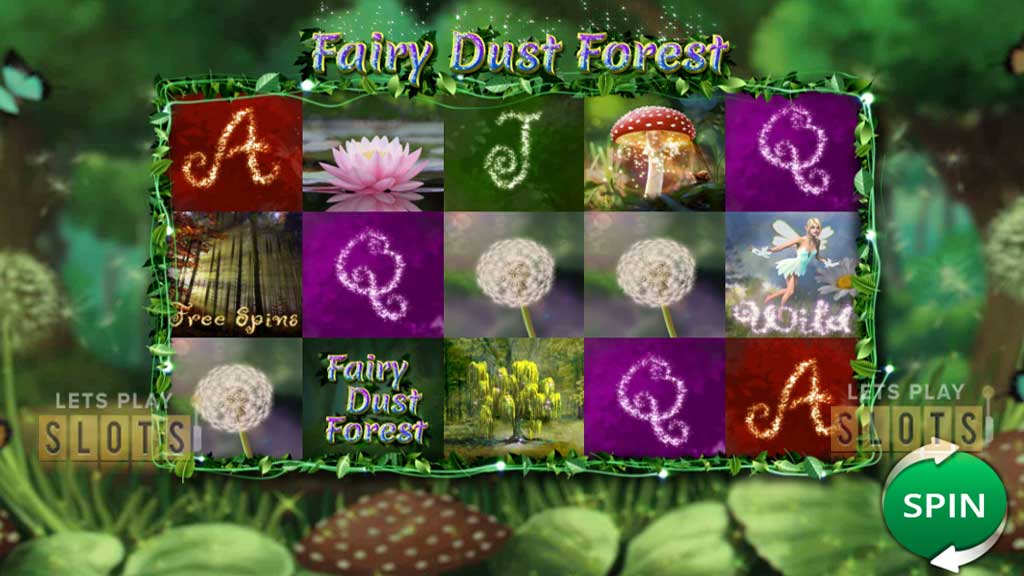 Go On The Hunt For Rewards In The “Fairy Dust Forest” 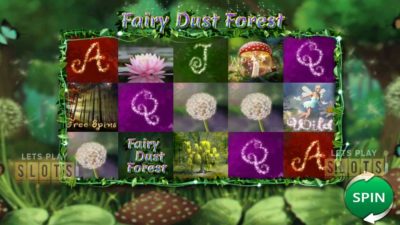 We grew up as kids reading about fairies and their magical powers. Adults usually don’t believe in fairies but that’s not stopping Saucify from releasing a fairy themed slot to invoke childhood memories in their latest offering called “Fairy Dust Forest“.

When you start this game, you will be taken to a meadow in a magical forest, full of flowers, trees, and butterflies. You will have to test your luck against some of these magical beings who have received a taste for gambling. The quiet of the forest is complemented by the fact that the game has no soundtrack at all.

The focus of the screen is on the grid of reels, which has fireflies buzzing around and is edged with liana, a lucky flower.

The highest rank is occupied by the mushroom, the tree and the game logo. Players who score five of the logo will get 1000x their stake. The multiplier is pretty good since the lowest bet is $0.50. The maximum possible wager is $37.5. This game has an RTP of 96.05 percent.

Fairy Dust Forest also has some great special features. They are dependent on several special symbols. One is the butterfly scatter. They have a pretty good payout and are also multiplied depending on how many credits the player wagered. There is also the fairy that acts as the Wild symbol, which substitutes for all symbols except the Scatter symbols.

There are an additional two scatter symbols. The first one is the Free Spins Scatter symbol, which you need to score at least three of. Players who score these get up to 20 free spins. The magical potion Feature Scatter activates the Pick a Prize feature game. Depending on the number of scatters a player scores, they can get a different number of prizes. With three symbols, they pick one of three prizes. Four symbols allow two picks from four prizes. Finally, five symbols allow players to pick three of five prizes.

Overall, the game is pretty nice and relaxing while also being very generous!

Hurray! There is a competition going between users of our site!
You have to do nothing, but browse out site, and win a daily prize. Click here to read more.
You current ranking:
Time Left: 20h 18m 32s