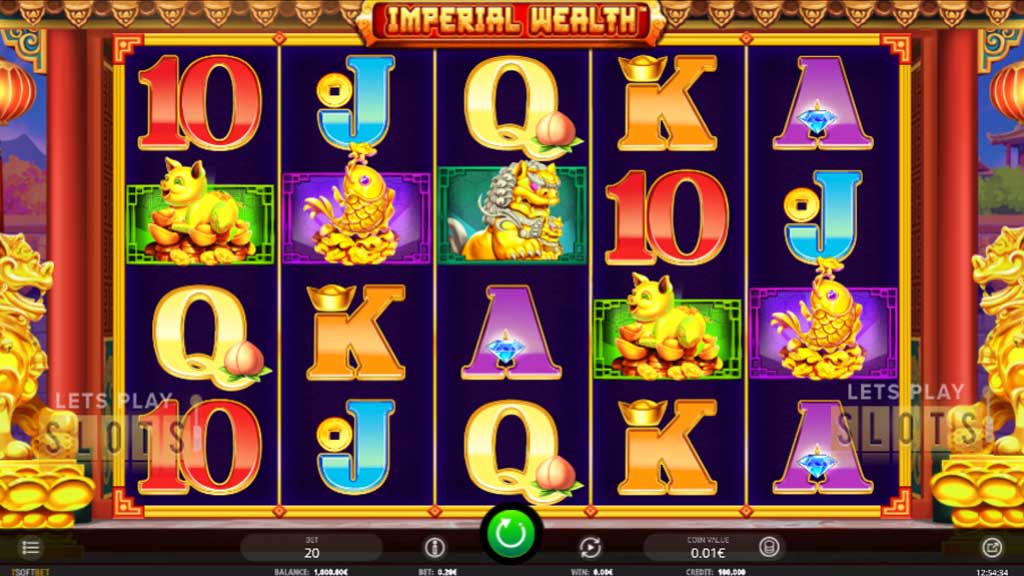 iSoftBet takes players back to Ancient China with its new “Imperial Wealth” slot. Celebrating China’s rich and historic culture, this game takes players on a journey to seek and win some of the wealth of Chinese emperors. Played on five reels and 20 pay lines, this game is both challenging and entertaining at the same time which gives players a great gaming experience.

Players are presented with an Imperial Pagoda where they will be seeking to win their wealth. It is a riot of colours and players will appreciate the effort that iSoftBet has put into making it into giving them a great graphical experience. The music is also thematically appropriate and will put players into the right mood for playing.

The game follows the standard rules of all slot games: players just need to get a winning combination by getting at least three of the same symbol in a payline. Depending on the value of the symbol, the payout can be big or small. Low paying symbols for this game are the card symbols. Players who want to win big need to score one of the four golden statues, with the golden lion being the most valuable. Players who get five of these will get 12.5 times their initial stake.

Additionally, there are two symbols that are special. One of them is the wild symbol, which will act like all other symbols except for the scatter symbol. The scatter symbol is a big bonus symbol that will give players free spins depending on how many symbols players score.

What’s exciting is that the game has a special feature: the Imperial Roar feature. Every time a player spins, the lions at the side of the reels have a small chance of roaring. If they do, the result is that players can get wild reels, extra wilds, a bonus win, and even access to the free spins feature.

Overall, Imperial Wealth is a slot game that players should try out for its simple and entertaining game play.

Hurray! There is a competition going between users of our site!
You have to do nothing, but browse out site, and win a daily prize. Click here to read more.
You current ranking:
Time Left: 7h 54m 39s