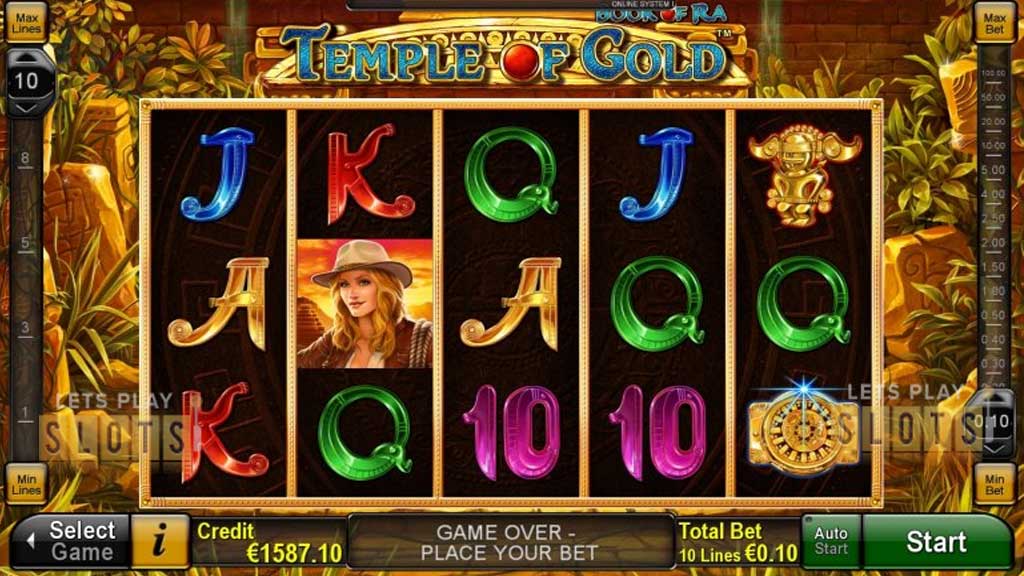 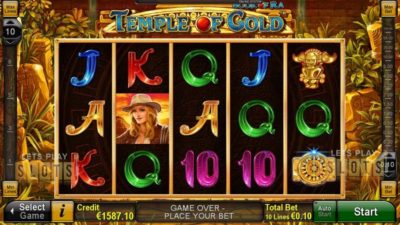 Novomatic has done well with its Book of Ra slot series for some time now.

The Book of Ra slot series has mainly focused on an Egyptian theme but this time around Novomatic is changing things up for their latest instalment of the series. “The Book of Ra: Temple of Gold” takes players to South America where they will be assisting a female adventurer who is on the hunt for the temple of gold in El Dorado.

Players who start this game will be greeted by the sight of a female adventurer and the temple in the background. The game features five reels and ten paylines. People who have played a Book of Ra game before should be familiar with the format. The only differences are in the visuals. This time around, players will have a female adventurer instead of the usual male explorer. Plus, the theme is more Aztec than Egyptian.

Players will be hoping to get winning combinations again. The game has a set of basic card symbols for low-value wins. This includes the A, K, Q, J and 10 card suit. For more valuable symbols look for the Aztec emblems. This includes statues, masks and dials. The most valuable symbol though is the female adventurer. Players who get five of her on a payline will get 500 times their stake.

The game has no wild but there is a scatter symbol. This scatter will allow players to get free spins. Besides winning up to 200 times their stake, players can get 10 free spins. The number of scatters will determine how many expanding symbols a player gets. The maximum amount is three.

Before the free spin begins, players will get special expanding symbols that are chosen by random. Once chosen, the symbols will appear on the reels and cover the entire reel. Players who score the explorer are pretty lucky since if the symbol appears on all four reels during the spins then it will expand and cover all four reels. The free spins have no limit so you can keep playing as long as you are lucky.

Novomatic has done well with this latest release in the Book of Ra series. It retains the high variance of the original, with a lucky spin giving players 5,000 times their stake. This slot has excellent gameplay and will be appealing to slot lovers who like the risk factor to their spins!

Hurray! There is a competition going between users of our site!
You have to do nothing, but browse out site, and win a daily prize. Click here to read more.
You current ranking:
Time Left: 22h 43m 56s