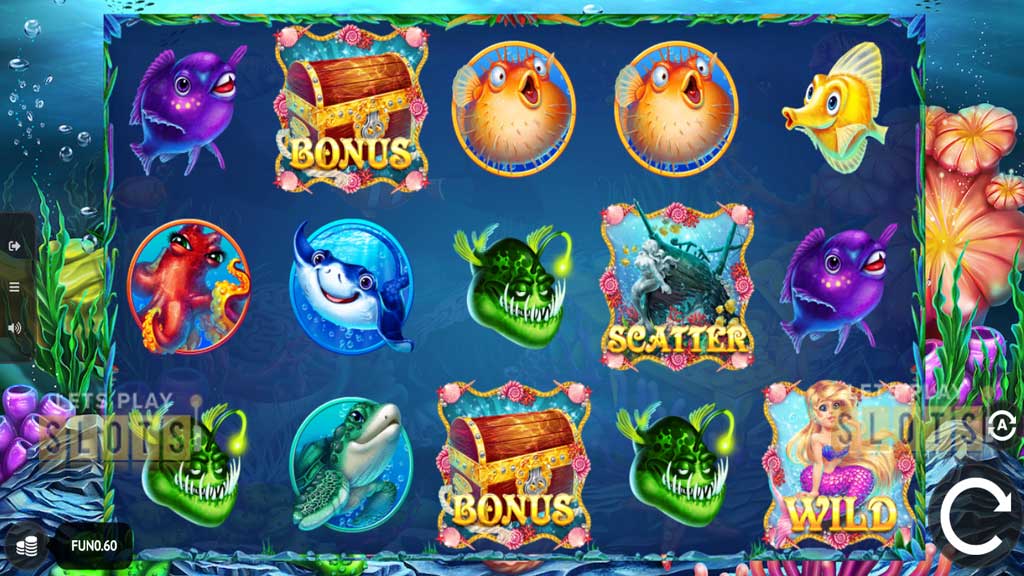 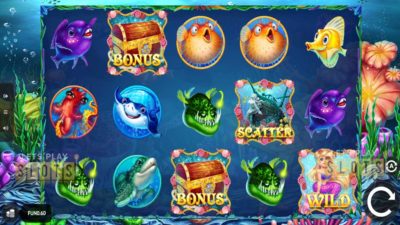 Treasure hunters are fascinated with the ocean depths and the legend of treasure ships sinking and lying at the bottom of the ocean, just waiting to be found. This is where 1×2 Gaming is taking its players next with its latest offering called “Under the Waves“. Featuring old-school cartoons, it presents players with an interesting challenge.

When you start this game up, you will most likely notice a bit of similarity between the slot game’s visual design and certain Disney movie. Under the Waves seems to go for that nostalgia factor as part of its charm. Players will be greeted by a seascape with colourful fishes and even mermaids. The game features five reels and 20 paylines.

As for the symbols, the game has a set of colourful sea creatures for players to match. This includes everything from simple blowfish to sharks. The shark is the most valuable symbol of the bunch. Players who get five of it on a payline will win up to $5,000. Players who are lucky and fill the entire screen with sharks can get a maximum of $100,000. The game also has the mermaid which acts as the game’s wild.

The gameplay is pretty much basic and is a throwback to simpler games in the past. The graphic design hides it well but it is like playing a slot game from a decade ago. It is a good thing that the makers threw in some nice bonus features to make it more exciting.

One of these is the Free Spins feature. This is triggered when the sunken shipwreck scatter symbol is scored. Players can get from 10 to 18 free spins from this bonus. Besides that, the mermaid symbol becomes sticky. This means that when it appears, it will lock in place until all free spins are done.

The game also has a classic bonus in the form of a pick me round. This time, if players score the treasure chests scatters, players will be given a selection of treasure chests to open. Pick one and get the reward. Players can get multiple picks depending on how many scatters they scored.

Overall, this game is pretty good and worth a spin or two for sure. It has a decent level of variance and players can get 1,000 times their stake on a single spin if they are lucky!

Hurray! There is a competition going between users of our site!
You have to do nothing, but browse out site, and win a daily prize. Click here to read more.
You current ranking:
Time Left: 21h 41m 11s
Gambling is for 18+ though some countries may have other restrictions...Remember you should always Gamble Responsibly
We use cookies to ensure that we give you the best experience on our website. If you continue to use this site you agree to allow us to use cookies, in accordance with our Terms & Conditions.Agree & Close