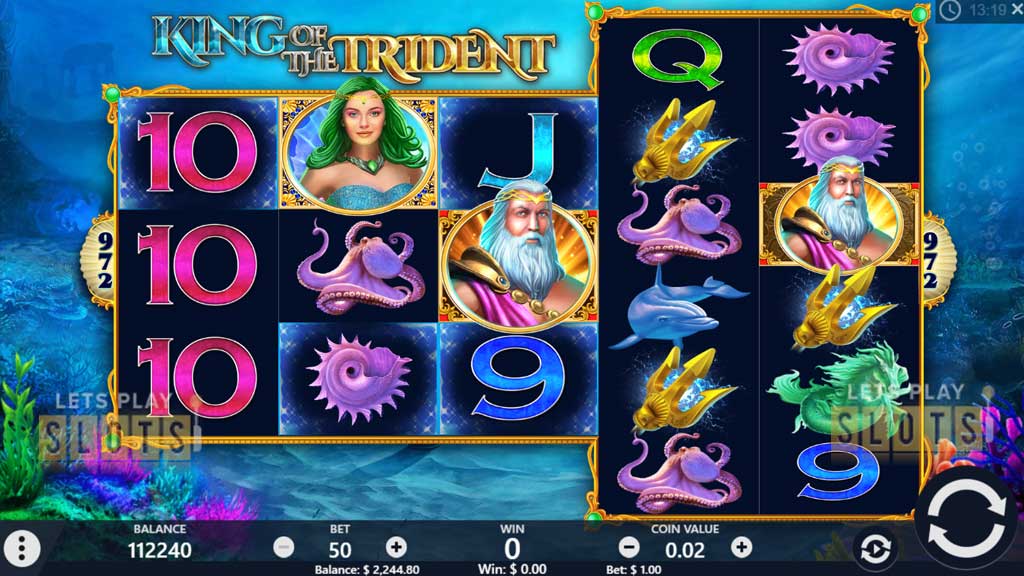 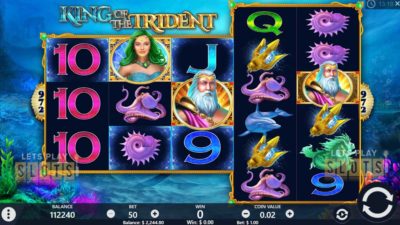 A favourite theme for slot game developers is Greek Mythology. The combination of Greek gods and myths surrounding the search for treasure has struck the right chord with slot players over the years.

Pariplay has decided to put the Greek Mythology theme to the test in its latest game called “King of the Trident“.

The new slot is about a Greek god called Poseidon who is known as the god of the sea. Players will go into the ocean to seek treasure and come out as a winner.

When players launch this game, they are introduced to Poseidon’s undersea kingdom in the background along with a cool soundtrack.

What will immediately get the attention of players is the fact that there are 5 reels but the first three only have three rows. This is one of the reasons why this slot is different from most of the slots out there. It will keep players engaged with its gameplay and provide them with 972 ways to win.

Most of the game’s symbols are low value and start from A to 9. The high value symbols come in different forms ranging from aquatic life to Poseidon’s artifacts. The most valuable symbol among them is Poseidon’s golden trident. Players who get five of it on a payline will be able to get four times their stake. Poseidon acts as the game’s wild symbol, replacing all basic symbols for winning combinations.

There is also the Scatter Free Spins feature. Players will only need to score three of them to get free spins. Depending on the number of symbols scored, players can get between 8 to 40 free spins. The difference with these free spins is that the last two reels will have 2×2 symbols. This makes it easier to come out with win. Overall, players will be able to win up to 1,746.4 times their stake on each spin, free spin or respin.

So if you are looking for a slot that is interesting and brings something unique to the table, try out King of the Trident.

Hurray! There is a competition going between users of our site!
You have to do nothing, but browse out site, and win a daily prize. Click here to read more.
You current ranking:
Time Left: 3h 57m 13s